The global aviation industry has been battered by the pandemic, with passenger traffic falling by 61% in 2020 compared to 2019. It’s going to take some time for the sector to recover, and airport automation hardware manufacturers, particularly those supplying equipment for the baggage handling sector, have been feeling the heat. But there is hope for airport automation companies, with revenues predicted to fall only slightly short of pre-pandemic levels by 2022.

Asia/Pacific to be growth leader 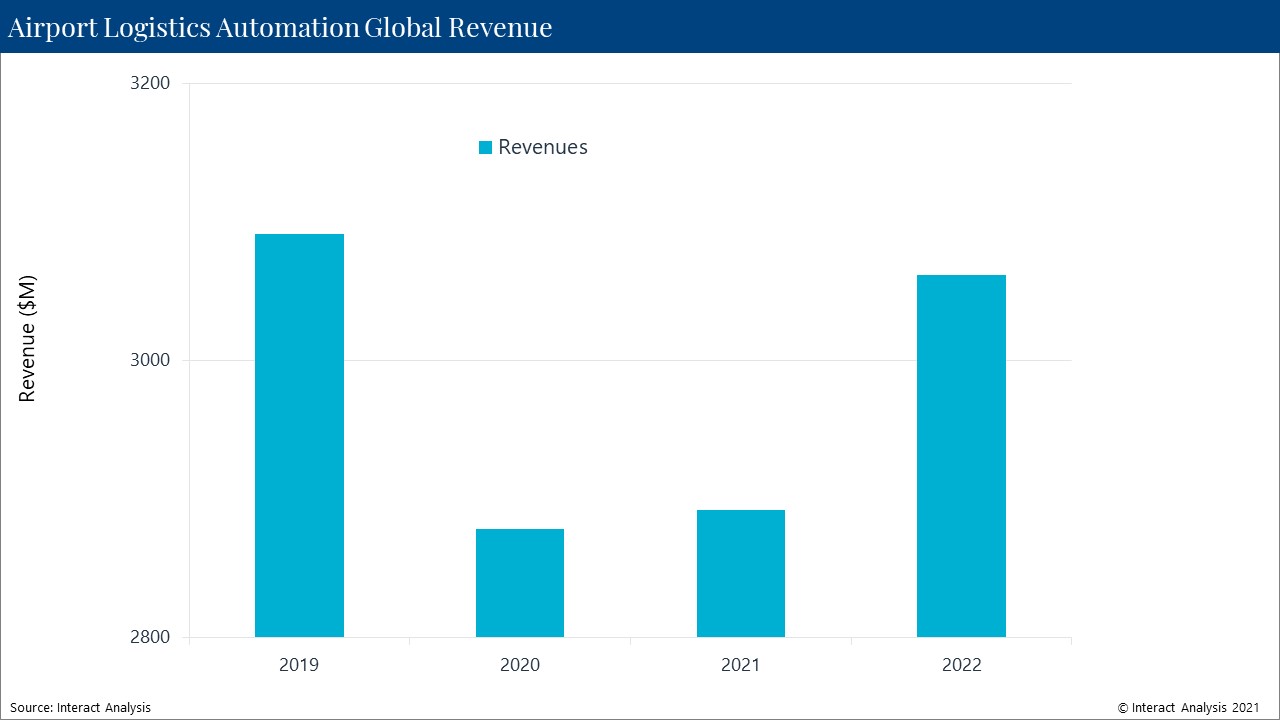 The total market size of the airport logistics automation sector fell from $3.1 billion in 2019 to $2.9 billion in 2020. That year, the market broke down as follows: baggage handling systems – $1.9 billion, cargo handling systems – $0.4 billion, software – $0.6 billion. Our researchers show that globally (excluding China) year-on-year revenue growth from 2020 out to 2025 will be a mere 3.3%, i.e. we are expecting to see inflation growth only. But the global figure will be boosted by China, where we expect to see growth of the order of 7.2% year-on-year. The cargo automation segment will see slightly faster growth than baggage handling systems. Cargo traffic actually increased by between 10% and 15% since the start of the pandemic and is continuing to do well, and cargo handling systems revenues for 2021 are predicted to surpass those of 2019. Increasing digitization and greater use of data analytics and simulations for preventive maintenance mean that the automation software market is also going to grow at a slightly faster pace. But the overall market shares of the different segments in 2025 will not be substantially different from what they were in 2019.

Homing in on airport automation sales, on a country-by-country basis the US leads the way, accounting for 22% of global revenues in 2021. China currently comes in with 15% and the combined figure for Europe is 26%. But there are caveats to this. Government policy in China is focused on huge infrastructure projects as the communist party seeks to radically modernise the economy. Currently, China has at least 240 airports and has announced plans to have 400 airports by 2035, though some will be small-scale with a limited need for automation. In developed regions such as Europe and the US, there is a much weaker demand for new airports. For these reasons, as we can see in the graph below, though Europe and the Americas account for the greater share of airport automation revenues, the Asia/Pacific region is forecast to be the growth leader. 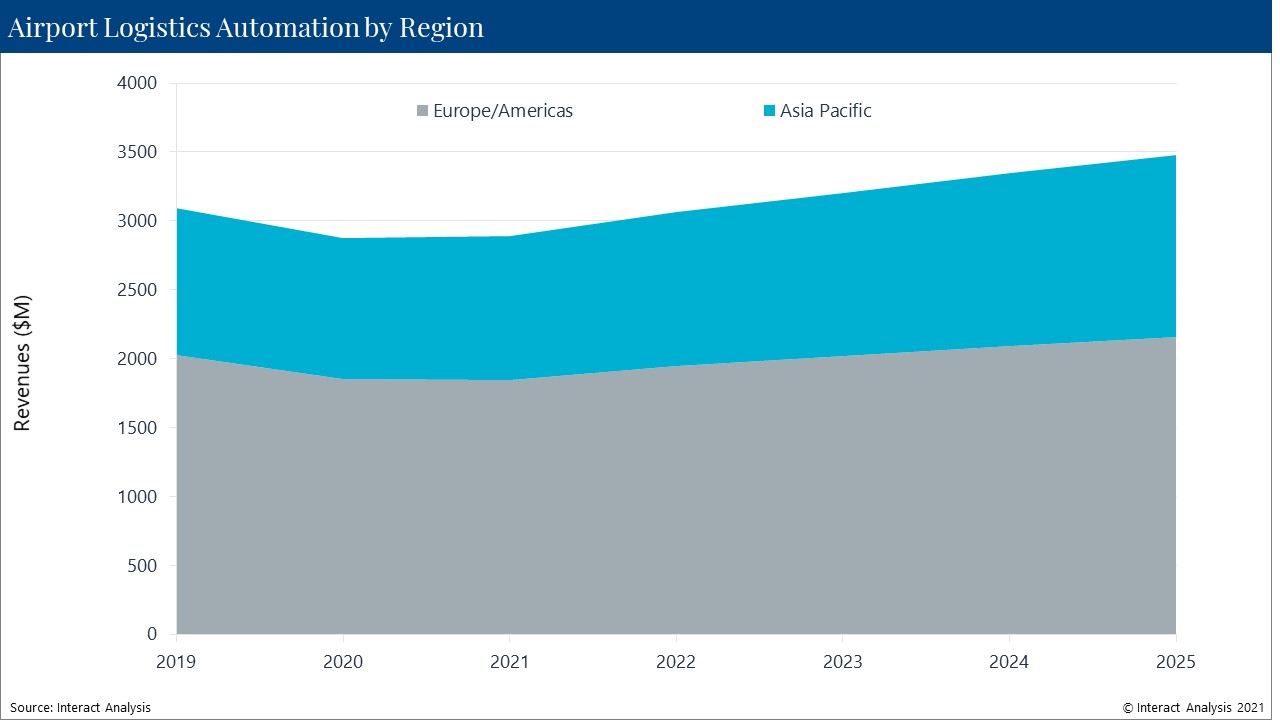 A slow pace of evolution

Where airport automation companies are concerned, there are four clear leaders in the market – Vanderlande (Netherlands), Siemens (Germany), Daifuku (Japan) and Beumer (Germany), with market shares of 19%, 19%, 14% and 12% respectively. Their strengths are in baggage handling systems, rather than cargo handling. They win most of the big airport projects, offering full packages covering most if not all of the equipment types currently available, and their own wide range of software solutions. In the cargo market, we identified Lödige (Germany) , Saco (Netherlands) and CIMC-Tianda (China), as the leading automated equipment suppliers.

Change in the airport industry does not happen quickly and take-up of new technologies tends to be a slow process. In the baggage handling sector, there is currently a pretty even mix of established solutions in place, though the more recently introduced Independent Carrier System is set to increase its share of baggage handling systems sortation revenues from $400m in 2019 to $500m in 2025. Notwithstanding the official high CAPEX on this equipment, ICS is popular as it has a good track record for dependability and low maintenance and operational costs. 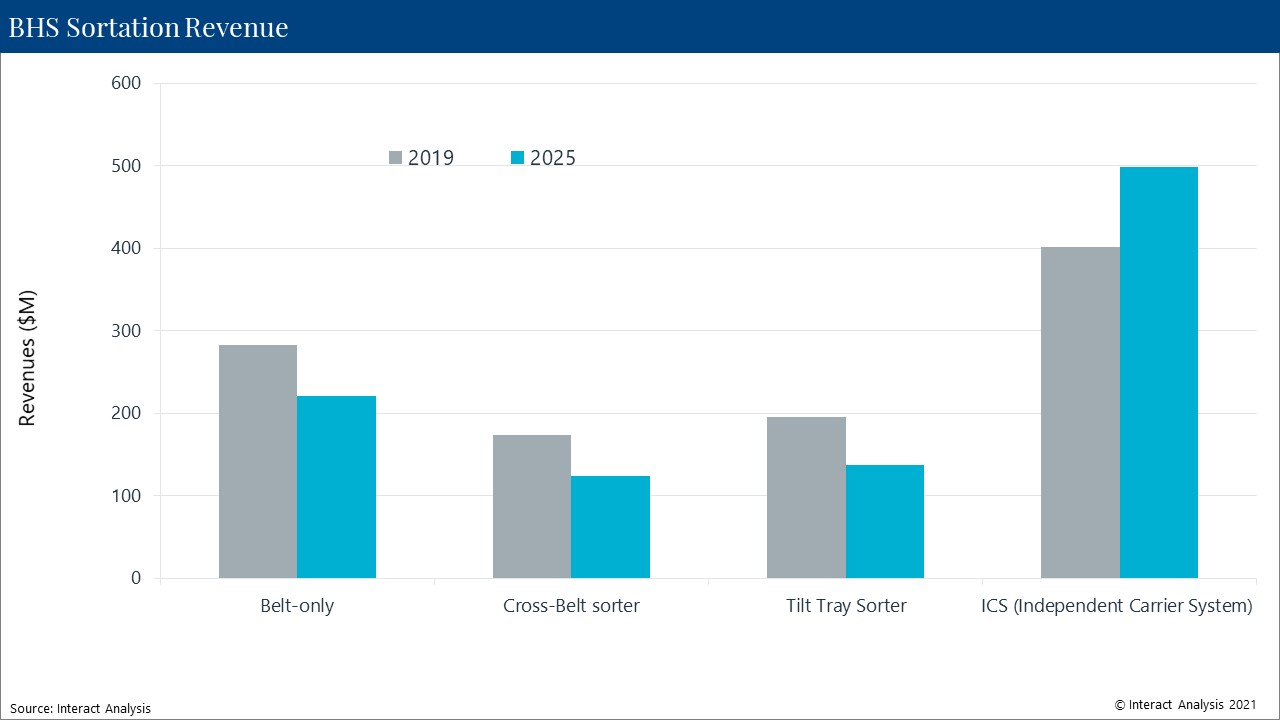 Self-Bag-Drop systems currently only exist in small numbers, but revenues are expected to grow from $62 million in 2020 to $154 million in 2025. Meanwhile, mobile robots, such as those deployed at Dallas Fort Worth Airport are very much in their pilot stage. If they expand into the mainstream, it will not be until after 2025.

To continue the conversation about airport automation with Jamie directly, get in touch today: jamie.fox@interactanalysis.com 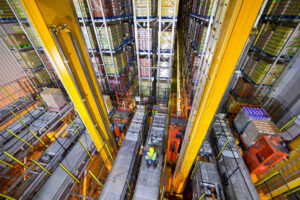