Earlier this month we put a few guys on the ground at the Automate trade show in Detroit. As official research partner to the A3 Association for Advancing Automation, our team was able to meet personally with Jeff Burnstein, A3 President and the key organizer behind the show, to get his views on the latest trends in automation…

What are the most exciting things you’ve seen at the show?

What’s really exciting is the sheer breadth of industry applications for automation solutions. In the past many people thought an automation event needed to focus on an industry vertical – welding, material handling, packaging, machine tools, etc. The Automate show demonstrates how valuable a broad automation event truly is. Potential customers can come here and see a whole range of automation applications – perhaps some they’d never even thought of. Robotics is a growing industry, and Automate reflects that. We are covering 60% more floorspace than we did 3 years ago – 250k sq ft, and attendance is way up.

We’ve got lots of high tech at the show such as robotics, AI and machine vision, but the key to automation is ease of use. That’s the stand-out trend on show here this week. I think of it as the democratization of automated machinery. It’s no good just having tools. You’ve got to have tools people can use. Most companies can’t afford to make big capital outlays on robots and then have the massive added expense of hiring loads of experts to operate them.

What recommendations would you make to industrial robot companies?

Following on from the previous question, the key is to make the technology user-friendly; to make the human-robot interface as simple as possible so the robots can be easily deployed. Robot companies are doing a great job, but we need to see even more off-the-shelf solutions useable in a wide variety of applications. The narrative used to be that 60-70% of the automation business was focused on automotive, but we now know that non-automotive robot applications are collectively bigger than automotive, (though it’s important to also remember that automotive itself isn’t shrinking). This change in market share is the biggest macro trend we’ve seen. There’s a big market out there for flexible, off-the-shelf solutions.

Our research shows robotics moving into non-traditional and even non-industrial markets such as the service industry. How seriously do you take this trend?

Very. 100%, in fact. Robots are moving into retail, hotels, restaurants, agriculture and many other spaces. There are robots out there working alongside people cooking food and offering table service. Just now I had an excellent coffee, made for me by a Cobot on the Doosan booth, and I listened earlier to a talk about the past, present and future of legged robots – i.e. robots that can walk, which could change the way packages get delivered to our homes, or many other activities of daily life. One company at the show which will be getting an Engelberger Foundation grant is Labrador, who is working on fetch and carry robots to help elderly people in their homes or assisted living facilities.

What are the biggest challenges for companies exhibiting at the show?

The labor shortage – in some cases it’s limiting the ability of robotics companies to grow, and impeding growth for their customers. It’s ironic that a labor shortage is a barrier to automation, but it is, and companies have got to figure it out. One solution that is gaining traction fast among robot companies is the concept of robots as a service, so customers don’t need to spend large amounts in capital equipment expenditures in order to scale up quickly.

Alex Shikany, your VP for Membership and Business Intelligence, gave a speech about why robots are not job killers. But he also said they disrupt or change jobs. What do you think about this?

Our data across a 30-year period tells us that robots are helping to save and create jobs. When robot sales go up employment goes up and vice versa. The real risk to jobs is when companies can’t compete, as we see from the empty factories that are so visible right here in Detroit. Advances in technology mean jobs will be different. But that’s always been the case: 30 years ago, there was no such thing as a digital marketing manager or search engine optimization specialist. Robots are tools to help companies improve productivity, increase quality, speed time to market, and ultimately win more business and hire more people. The jobs of the future will be better, safer and higher paying.

One great example is a company called RoboTire. There’s a shortage of more than 5,000 technicians in tire changing shops, I’m told. RoboTire has developed a 4-robot system that can change all the tires on a car in 20 minutes. The robot is controlled through an iPhone, creating a better job; a job many people would want, as opposed to lifting heavy tires all day. Amazon too has been talking about how many robots they’ve bought, and how many more new jobs they’ve created as a result. It’s not a case of robots taking jobs. They create different jobs.

There are a lot of closed down factories in many US cities. But, more recently, talk has turned to re-shoring. How can automation help?

The pandemic has taught us that supply chains can be vulnerable to disruption, and that bringing production of key materials and components closer to home is one way of future-proofing production. If companies re-shore or near-shore production, they are going to have to look at how they develop the capacity to do that. There’s a worker shortage and automation is the answer. Companies went to Asia in search of cheap labor, but now as we experience supply chain shortages they are seeing the downside.

One result of this is that we are seeing some reshoring or nearshoring of key manufacturing tasks – either to the USA, Mexico, or Canada. But it won’t be a quick process and it won’t be the case that any and all manufacturing comes home. China is still crucial and still brings massive advantages to US companies, both as a manufacturing base and as a market. But what I would say is that some degree of nearshoring is now inevitable to stabilize supply chains, and automation is how it will be delivered. 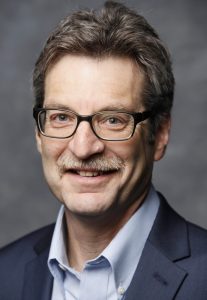