Are We Really Headed For A Post-Covid Green Recovery? 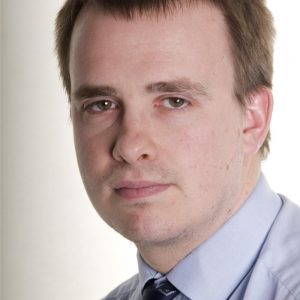 Jamie is based in Chile and has worked in market research and analysis for 15 years covering semiconductors, components and technologies. Jamie is now focused on components for commercial vehicles including electric vehicles. He has produced many custom and consultancy studies during his career. Jamie has a BSc in Physics and Astronomy and an MSc in Nanoscale Science and Technology.

All the signs are there, but progress across the world will be uneven…

As the COVID-19 pandemic took hold, governments across the world took drastic action. Lockdowns were widely imposed. Factories were shut down. People were restricted to their own homes. Traffic stopped… and the sky over huge urban agglomerations turned a striking blue. The COVID world gave mankind an insight into how swiftly nature could recover if air pollution were radically reduced. And then scientists began to draw links between pollution-induced damage to health, particularly the lungs, and vulnerability to the COVID virus. While recent years have seen patchy progress where the development of green energy sources and sustainable transport are concerned, the COVID-19 experience has turned a spotlight on the issue. A green recovery is very much on the global agenda. In this article, I take a look at how the issue is being addressed in some key regions:

The concept of the Green New Deal for the US first gained traction back in 2006, with its goal to have 100% clean, renewable energy by 2030. Over the years, the issue has become somewhat politicised, but on the ground, in individual states, there are clear signs of a determination of various local governments to make progress. Currently, 15 states and territories have taken action to achieve 100% sustainable energy. Meanwhile, 10 states have passed legislation to implement 100 per cent clean electricity policies as well as wide-ranging programmes for reducing greenhouse gas pollution. California is considered to be leading the way. Back in 2018, the state set a target of achieving net zero emissions by 2045 through funding for clean energy research and development, a high-speed rail network, and rules requiring green initiatives that help low-income communities.

In the light of COVID-19, green energy has crept up the agenda in the current presidential election campaign. In particular with the Democratic Party, who are promising the elimination of carbon pollution from power stations by 2035 and proposing the transition of the entire fleet of 500,000 school buses to American-made zero-emission alternatives. The Democrats’ stated wider goal is to have 3 million zero-emission public sector vehicles on the roads, and an infrastructure of at least 500,000 EV charging stations coast to coast.

Notwithstanding the Democrats’ pledges, it would appear that green initiatives are already well established in the USA as essentially a ground-up phenomenon, initiated at the state level.

China’s commitment to green energy is long-standing. Electric buses are a good demonstration of this. With over 400,000 electric buses already in operation across China, the country currently accounts for over 90% of global battery-bus usage. This has largely been achieved by significant subsidies. The Shenzhen local government, for example, provided generous subsidies to help the city become the first in the world to electrify its entire bus fleet. China’s generous subsidies for the purchase of new electric vehicles (NEVs) were due to come to an end in 2020. However, the pandemic stalled production of NEVs in the early part of this year, the period January to March seeing a fall of over 60% compared to the same period last year, and as a result, to stimulate growth and sales, subsidies, albeit decreasing in increments ranging between 10 and 20 per cent each year, have been extended until 2022. These NEV subsidies were initially introduced to stimulate not only the growth of the sector, but also competition to produce the best quality product. Hence a full electric car must have a driving range of at least 300 km in order to qualify for a subsidy of Yn16,200-22,500.

In a bid to improve China’s position in key technologies, President Xi Jinping has backed a plan to invest an estimated $1.4 trillion over 6 years to 2025. This money will fund the rollout of fifth generation wireless networks and the installation of cameras, sensors and AI software that will underpin autonomous driving and automation in factories. It is also intended to fund ultra-high voltage lines, and a major roll-out of electric vehicle charging infrastructure. Additionally, new investment will be provided for China’s high speed rail network – already by far the world’s largest today. All strong green initiatives.

There are, however, contradictions inherent in China’s current position. Although China has endorsed the six post-COVID-19 climate actions proposed by the UN Secretary General, pressure to deliver ever-higher living standards to an ever-growing population will force continued reliance on traditional fossil fuel infrastructure. The Politburo has even approved investment in new coal power stations, though the sustainable energy sector continues to grow, and the emphasis is on the cleaner and more efficient use of coal.

China remains the world’s highest greenhouse gas emitter and is the global manufacturing superpower. There can be no denying that she is the bellwether in the battle against climate change.

Back in July 2020, South Korea outlined a plan to spend 114.1 trillion won ($94.6 billion) on a “New Deal” to create jobs and help the economy recover from the damage caused by the coronavirus pandemic. This includes investment in electric vehicles and hydrogen cars. The six-year plan aims to cut heavy reliance on fossil fuels in what is Asia’s fourth-largest economy.

Presented as a response to the Coronavirus pandemic, and the urgency of dealing with climate change; the plan envisages investment in smart grids to manage electricity use more efficiently, as well as a work-from-home policy for businesses and online schools based on fifth-generation (5G) wireless networks. The plan also sets goals of net-zero carbon emissions by 2050, an end to funding of overseas coal plants, and the introduction of a carbon tax.

On the 21st July 2020, EU leaders agreed on a plan to help the Union recover from the ravages of the pandemic, the aim being to lead the EU out of the crisis, and lay the foundations for a more sustainable future. Two elements, the European Green Deal and the Next Generation EU recovery package constitute the main parts of this strategy and involve a massive renovation wave of buildings and infrastructure. There will also be a rolling out of renewable energy projects, especially wind and solar power.

Hydrogen will play a major role, with the projected production of one million tonnes by means of renewable electricity. The region is already well-equipped with a natural gas infrastructure that can transport clean hydrogen which will be used to power traditionally polluting industrial processes. This is an ambitious development, given that currently hydrogen accounts for less than 1% of Europe’s energy consumption, but the way forward from the COVID-19 crisis demands ambition. The recovery package will also fund cleaner transport and logistics, and the installation of one million charging points for electric vehicles. There will be a boost for rail travel and clean mobility in cities and regions. The ultimate goal is for the EU to become climate neutral by 2050. This will involve transforming its energy system, which accounts for 75% of the EU’s greenhouse gases.

On an individual level, EU countries are also upping their responses to the climate crisis. In an economic post-COVID stimulus package, the German government, for example, has included several measures to promote electric vehicles. This includes doubling the subsidy or “innovation premium” which aims to promote the replacement of the country’s ICE vehicles with electric vehicles. The subsidy is significant. For an electric car with a price of up to €40,000 the total subsidy would be €9,000, nearly 25% of the price. The German government has also allocated €7bn for new hydrogen projects; €2bn for green auto innovations; €2.5bn for EV charging infrastructure; €2.5bn for public transport improvements; €1bn each for green aviation and shipping programmes; €2bn for green building upgrades; and €700m for improved forest management. Of course, as probably Europe’s wealthiest nation, Germany can more easily afford these measures than many other European countries, but it is a big step in the right direction for the continent as a whole.

Do you want to know more?

Further, detailed insights on the electric vehicle market are available from Interact Analysis, including our up-coming reports: Hybrid & Electric Trucks and Buses and Electrified Truck and Bus Powertrain Pricing and Architecture.

To continue the conversation on the green commercial travel technologies of the future, get in touch with Jamie directly: jamie.fox@interactanalysis.com