How quickly things change. About this time last week, I had just finished putting (electronic) pen to paper describing Interact Analysis’ position on how we were predicting the Coronavirus playing out. You can read the short insight here, and the long version here.

Since then, with some new information and a chance to reflect on our position, I started to question our predictions. This is a normal thing for a forecaster to do, but not so soon. As a person who has been producing forecasts for over 20 years, I can safely say that no economic event in my experience has caused such challenges in terms of evaluating immediate and mid-term impact.

The most significant change in our forecast is for China, which is the focus for this insight. Yesterday, our team in China revisited the underlying sector-by-sector assumptions, along with factoring in a steeper than initially expected decline in export demand, to come to the conclusion that China’s manufacturing output will contract in 2020, which will be the first time it has experienced negative growth within the timeframe we cover (since 2007). 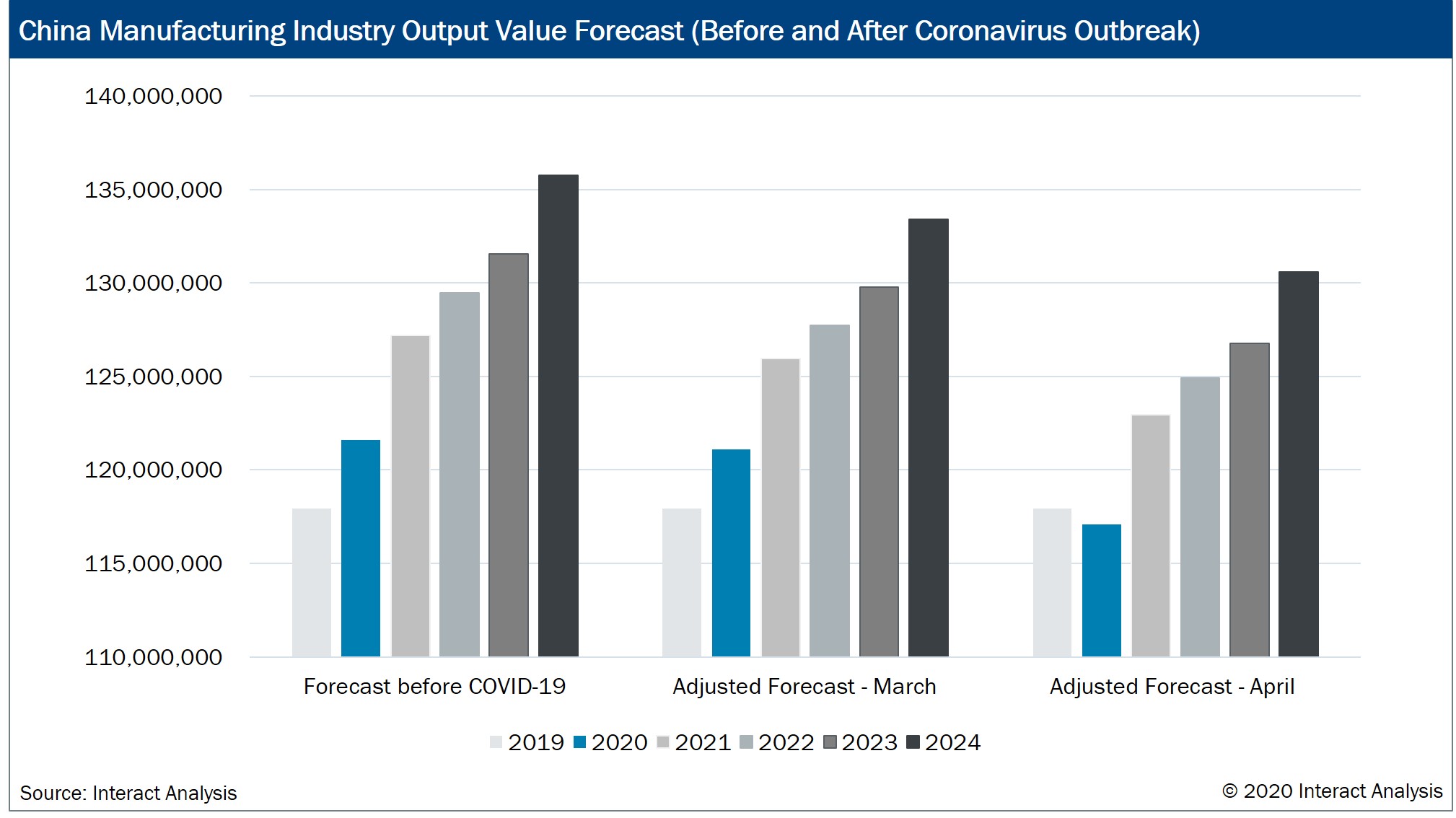 The above figure visualizes our changes in forecast over the last few months and weeks. The feeling this whole situation has given me is that we are “chasing the forecast”, in that our predictions always seem to be one step behind what is happening. In building our latest forecast we’ve taken the approach of trying to find the bottom while assuming that there is still more bad news to follow. We always try to make a prediction that is representative of what we think will happen, but in this instance, we are attempting to err on the pessimistic side of caution. That doesn’t mean we won’t have to revise this forecast down again, as things could play out a lot worse than we are expecting. But going back to some of the core assumptions outlined in the long insight published last week, and assuming these mostly hold from a timing perspective, we believe this latest forecast is the right one. 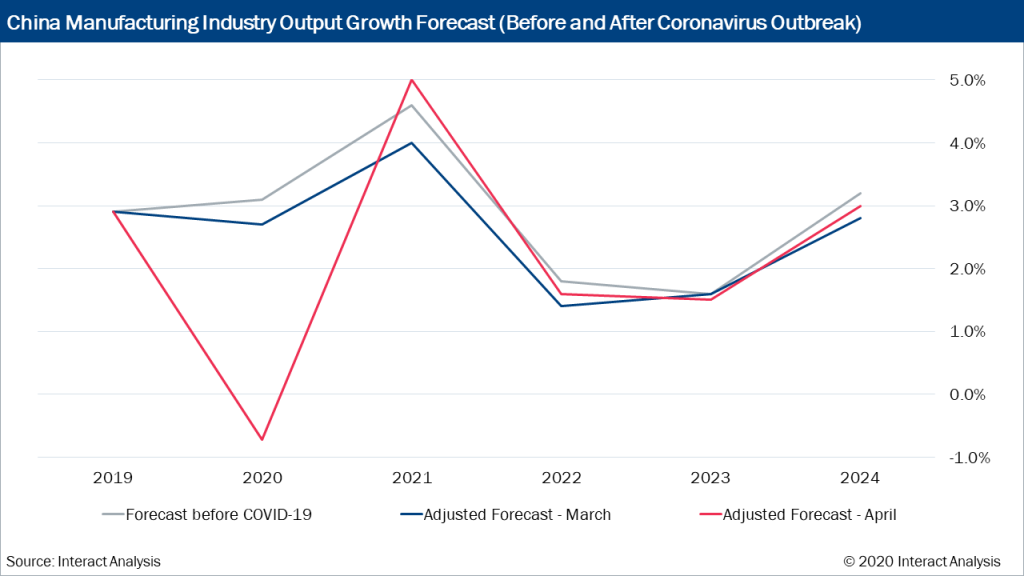 This above figure helps show the degree of adjustment more clearly. In effect we have adjusted down by 3 percentage points our forecast of last week. This is a highly unusual adjustment. What we are saying is the Coronavirus has reduced Chinese market potential in 2020 by nearly CNY 4.5 trillion (~$640 billion) versus what we expected in the absence of the virus. So, what is the reason behind this thinking? Jan Zhang shared me some of the key points her team considered in making this revision:

After winter must come spring… so a deeper decline in 2020 will mean a stronger recovery in 2021. This is also reflected in our new numbers.

I will be working on updating all our country-level forecasts over the next few days to arrive at an updated global picture which I shall share here with another insight. We previously modeled over $950 billion in global output losses during 2020 as a result of the Coronavirus (and also the oil price issue too), but this will end up being larger since the China number alone will increase this number by about $500 billion.