Chinese powertrain suppliers currently hold the majority of the global market share for electric commercial vehicle components such as batteries, motors and inverters. This is due to a strong domestic market and a range of Chinese government policies that have allowed domestic OEMs and suppliers to flourish. In recent years, Chinese OEMs and suppliers have eyed export markets as a much-needed source of growth as their home market becomes more competitive.

However, the US and Europe are trying to find ways of moving away from reliance on China for rare earth metals, lithium batteries and electric vehicles in general. Most recently, the US has passed the Inflation Reduction Act with the aim of localizing the production of lithium batteries and the raw materials associated with this. It is the most aggressive action that they have taken to confront the climate change crisis and will likely benefit small US companies and start-ups who aim to gain market share within the electric vehicle component market.

Interact Analysis’ latest research has found a strong presence of OEMs in the battery pack and motor market. As shown in the market share table, in 2021, OEMs accounted for one third of total motor unit shipments in Asia Pacific. Chinese suppliers lead that for powertrain components such as battery packs, motors and fuel cell systems on the whole in Asia Pacific. This is testament to the fact that the country is the front runner for electrified truck and bus sales, and the component supply is dominated by local companies. This has created fierce price competition in the absence of global companies. 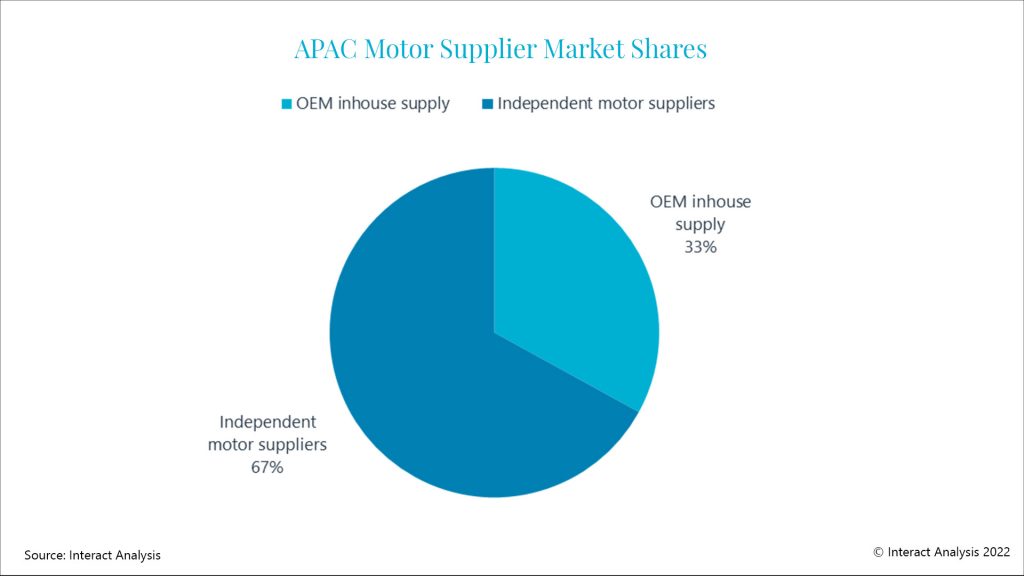 In the battery pack market, independent Chinese companies contributed approximately 85% of total battery pack shipments in 2021, and OEMs, led by BYD and Yutong, were estimated to have delivered 3.6 GWh or 15% of the total batteries shipped. All top 5 companies are Chinese vendors, accounting for 65% of total sales in 2021. 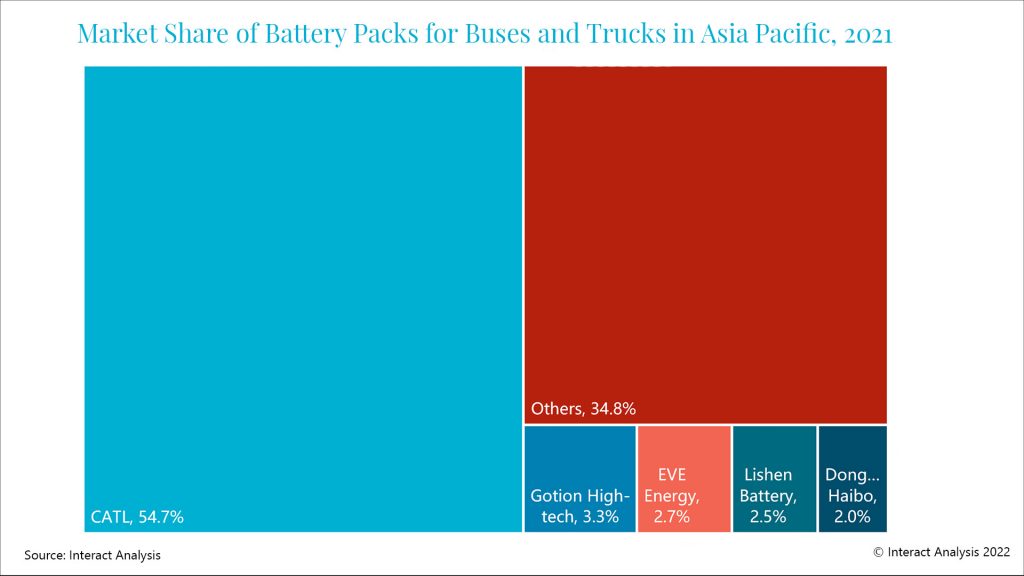 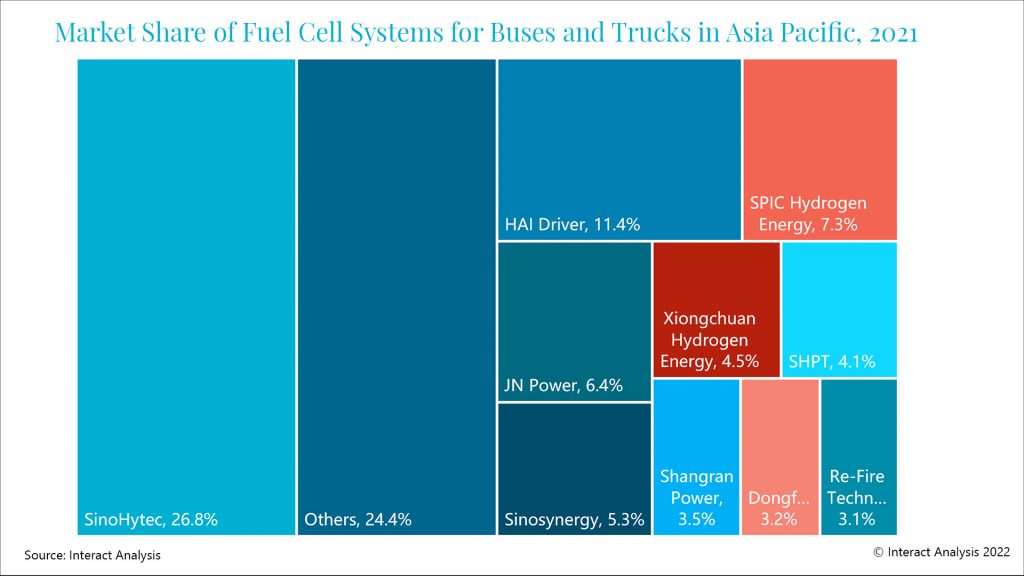 The US Inflation Reduction Act

Because of the competition in the APAC electric commercial vehicle market, Chinese OEMs and suppliers are looking at export markets for growth. However, recent successes in Europe and the US might be in peril.

In addition to the subsidies that the US already provides for the purchase and manufacture of electric vehicles, the recently enacted US Inflation Reduction Act (IRA) is a separate bill that has been passed to localize the production of electric vehicles and the components that are used within them.

Chinese companies will still have strong share in markets both home and abroad, such as Asia Pacific and South America. However, US and European suppliers will have the opportunity to grow with less competition against them. Despite this, the electric commercial vehicle market is less developed in the US compared to that of China, meaning it may end up growing less quickly without active Chinese suppliers and OEMs providing to the market.

Although Asia Pacific – specifically, China – leads the way by far for the electric vehicle component market, the likely impact that the US Inflation Reduction Act will have on suppliers in that market cannot be ignored. It will impact the market share that China and Asia Pacific currently hold within the component market whilst potentially damaging their relationship with the US. Nevertheless, Interact Analysis’ research suggests that demand will continue to soar within the Asia Pacific market for electrified trucks and buses with an increasing presence of component suppliers outside of China in the future. The big question is whether China can still build a supply chain within the US. 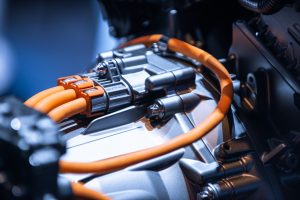