General Motors and LG Chem Joint Venture – How Does This Differ From Tesla and Panasonic?

On December 5th, General Motors announced that it will work with LG Chem to produce battery cells on a large scale for use in the company’s future electric vehicles. The two companies will invest $2.3 billion in a new joint venture, each holding 50% of the shares. The newly formed joint venture will build a battery cell manufacturing facility in the Lordstown area in northeastern Ohio and is expected to break ground in mid-2020. 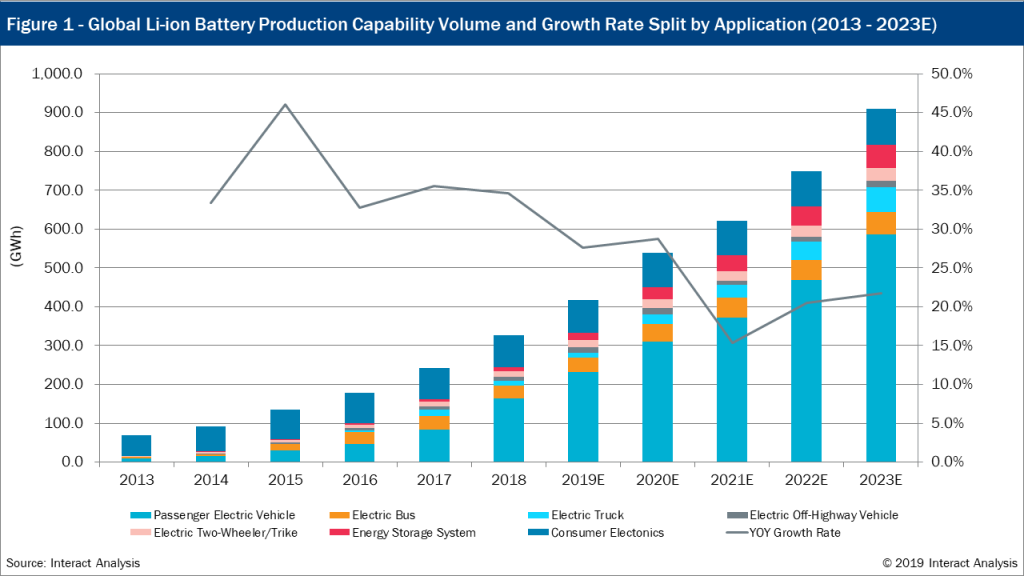 With large announcements involving an OEM and battery supplier, people typically make an association with Tesla and Panasonic. However, despite some similarities, this new relationship will be significantly different.

However, there are three main differences:

As is well known, from 18650 to 21700, the Tesla-Panasonic Alliance has always adhered to the cylindrical battery route. The most important thing for Tesla to produce the lower price Model 3 is cost control. Only the scale effect of battery production can guarantee profitability. Among the three battery package types, cylindrical battery production has the highest standardization, which also guarantees Tesla’s advantages in battery life management.

LG Chem is a recognized pouch-type battery giant. With the rise of pouch-type batteries in the automotive lithium-ion battery market (according to our report, over 50% of electric passenger vehicle using LIB will be pouch-type in 2023, as shown in Figure 2), LG Chem will further enhance its competitiveness in this application. 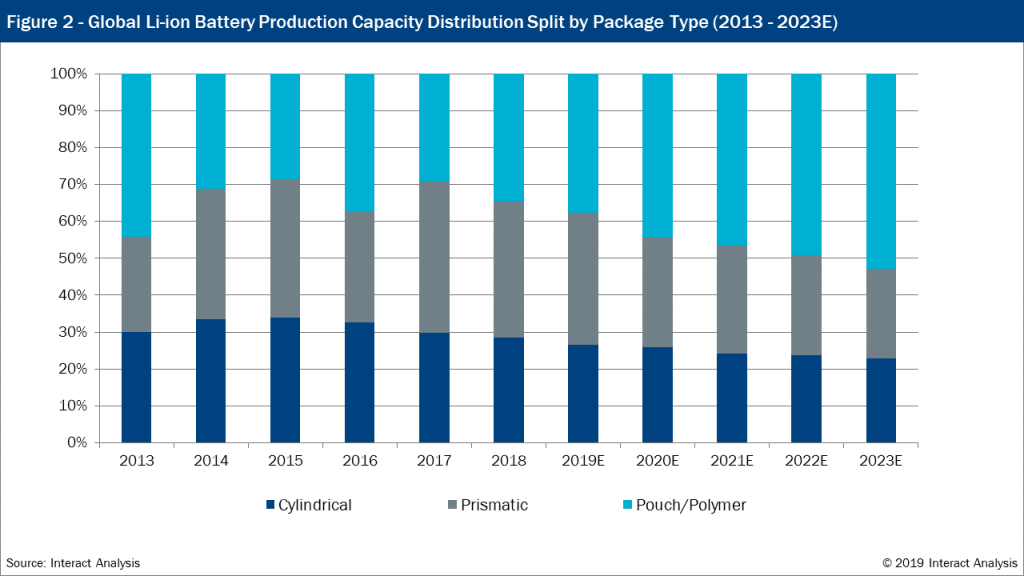 The new battery plant that LG Chem and General Motors will jointly build is LG Chem’s second battery plant in the United States. As early as 2013, the company established a battery factory in Michigan with the capacity to equip 60,000 electric vehicles with batteries (mainly for GM, Ford, etc.).

Through the establishment of a joint venture, LG Chem will achieve vertical integration of the battery cell manufacturing business in the US market. This time, the cooperation between General Motors and LG Chem has been extended to the research and development field. The cooperation between the two parties also includes a joint development agreement. This agreement brings together researchers from both sides in the field of electrochemistry to develop and produce advanced battery technologies with the goal of reducing battery costs to industry-leading levels.

In a conference call after the announcement, the two sides stated that they expect to eventually break through the industry barrier of $100 / kWh, which is often considered to be the battery price at which electric vehicles are equal to or below the cost of internal combustion vehicles. This price barrier is expected to be breached in 2023, as shown in Figure 3. 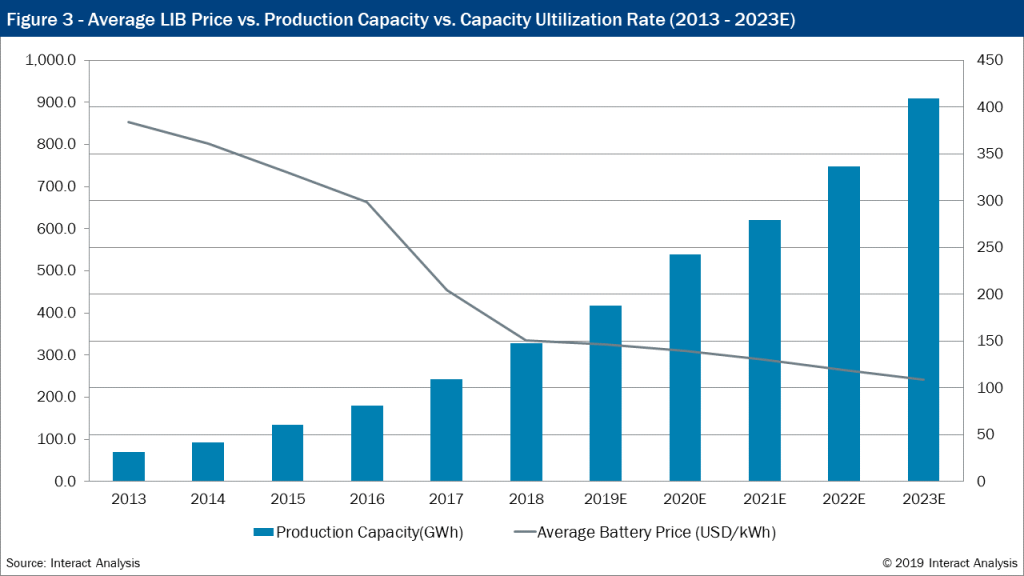 In 2018, the total sales of Tesla 3, Tesla X and Tesla S accounted for more than half of the US market, which helped Panasonic occupy over 20% market share of the global electric passenger vehicle using LIB. In contrast, although General Motors has no advantage in terms of sales, its electric product line is much broader. According to General Motors’ announcement, new battery plant will supply batteries for electric vehicles based on GM’s new BEV3 electric platform. GM has designated the first electric vehicle under the new platform as the Cadillac XT6. Later, it will launch an electric GMC pickup in the fall of 2021 and then an electric version of the Hummer SUV by 2023. Therefore, by 2023, General Motors will have at least three electric vehicles that represent first.

Despite the rapid expansion of global lithium-ion battery production capacity, high-quality capacity of top battery cell manufacturers is still in short supply. In order to obtain a stable battery supply, it is becoming more and more common for electric vehicle manufacturers to lock up future production capacity in advance by building factories with cell suppliers. But a strong alliance like General Motors and LG Chem still deserves attention. Any new production capacity of tens of GWh may have a new impact on the market shares of cathode materials, package types and even the price curve. Interact Analysis will continue tracking this active market.