How Amazon is Indirectly Driving the Market for Electric Commercial Vehicles

Last year, Amazon announced it would be adding 100,000 electric delivery vans to its fleet by 2030 and will also be partnering with DHL’s subsidiary StreetScooter for additional electric commercial vehicles across Europe. In light of these recent announcements, it’s clear that Amazon is at the forefront of commercial vehicle electrification. However, it’s Amazon’s indirect actions which will have the greatest impact on the market.

E-Commerce and the Amazon Effect

Over the course of the last 15 years, we’ve grown accustom to an ever increasing level of convenience when it comes to ordering things online. If we ordered something online a decade ago, we’d expect to have to wait at least a week before it arrived. Now, most people will complain if they have to wait more than two days. As a result, more and more people are buying things online and the e-commerce market is booming (Table 1). 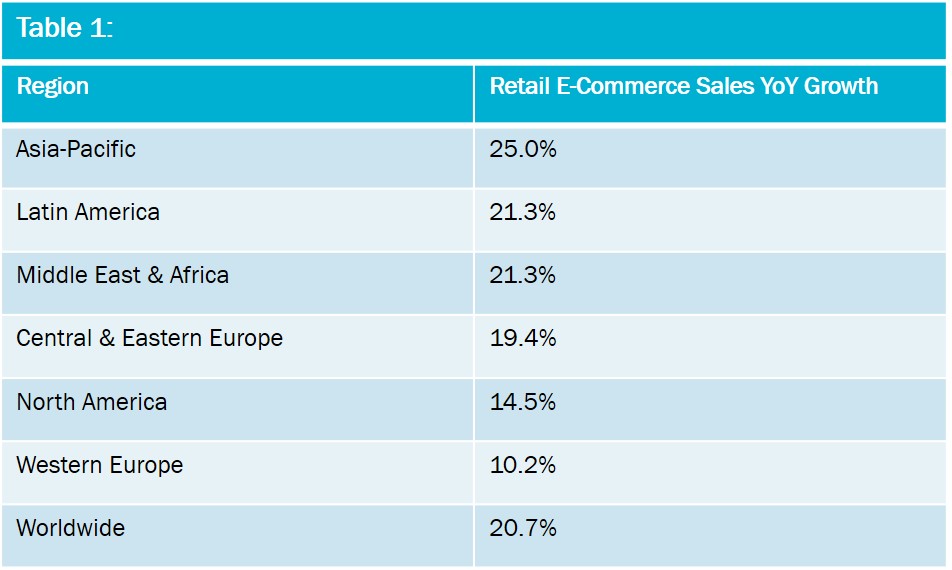 Amazon has been a pioneer in driving convenience for consumers through easier purchasing and faster and cheaper delivery. Retailers, on the other hand, find themselves in a perpetual convenience arms race with Amazon which is helping fuel the massive investment in warehouse automation. Warehouse automation enables companies to speed up their intralogistics operations using equipment such as automated storage and retrieval systems (AS/RS), automated sortation systems and even automated piece picking robots, albeit to a lesser extent. However, relying purely on automation to compete against Amazon is a losing game given the investments Amazon has already made in automation (figure 1). Instead, companies are re-modelling their entire distribution network. 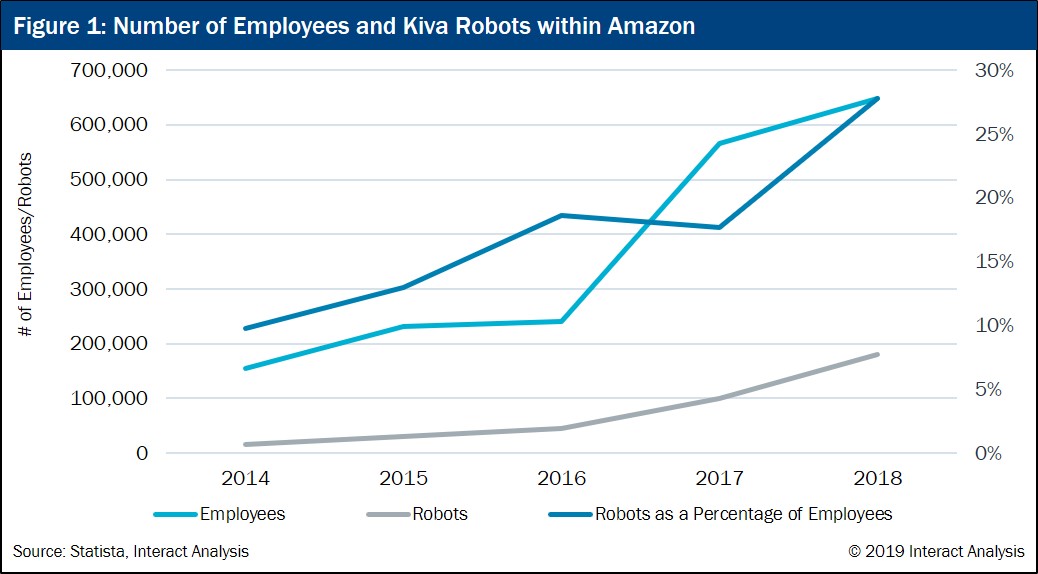 Bringing the Warehouse to the Consumer

While Amazon has the advantage of an extremely large distribution network consisting of over 250 million square feet of warehouses, distribution centres and sortation facilities, it lacks something that traditional retailers have in abundance: urban real estate.

This is likely one of the main reasons why Amazon acquired Whole Foods in 2017 and brick-and-mortar retailers are beginning to leverage their real estate assets to compete with Amazon. Takeoff Technologies is a US start-up which provides small-scale automated warehouses which lie adjacent to brick-and-mortar stores called micro-fulfilment centres. Similarly, Walmart announced a partnership with Alert Innovation to build several of these micro-fulfilment centres across its store network. This enables retailers to effectively bring their fulfilment operations closer to the consumer, increasing the speed at which deliveries/pick-ups can be made in a more cost effective way.

The trend towards urban warehousing extends far beyond micro-fulfilment centres with several large retailers planning large scale distribution centres in dense city environments. With demand for urban logistics real estate increasing while supply has remained relatively stable, rental prices for prime industrial space has skyrocketed within the major cities across the world. However, the shift towards urban warehouses has led some to protest for tighter vehicle regulations. 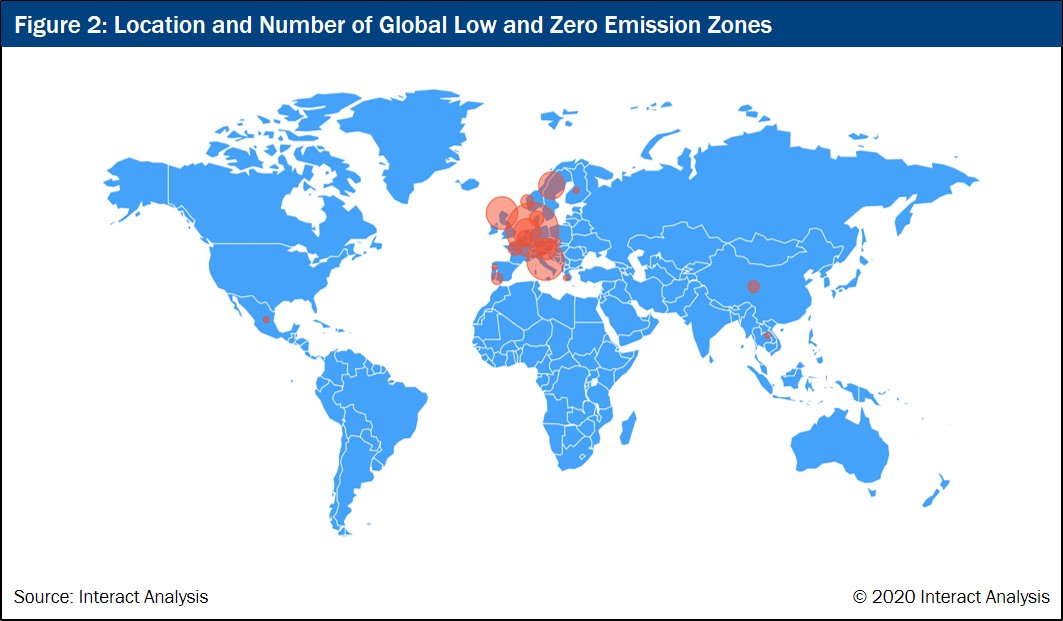 Until recently, distribution centres were located on the outskirts of cities or in separate towns all together and the effects of low emission zones were relatively minor with many fleets having a high proportion of Euro 5 (or below) compliant vehicles. Now that warehouses and distribution centres are moving closer to the consumer, retailers are having to upgrade their fleets to remain compliant with stringent emission regulations and low emission zones (LEZ) in order to avoid financial penalties. In London, for example, commercial vehicle operators must pay a fee of £200 a day to drive non-Euro VI compliant vehicles within the Ultra-Low Emission Zone (ULEZ). Figure 2 shows the distribution of LEZ with the size of the circles corresponding to the number of LEZ found within a particular country.

It’s not only financial reasons which is forcing retailers to electrify their fleets, however; public opinion also plays a large part in the equation. UK-Based Ocado, for example, recently announced it would be opening a distribution hub in London which happened to be located next to a primary school resulting in furious protests from parents and local citizens. In response to the backlash, Ocado announced it would be electrifying its delivery fleet for the distribution hub with the addition of 100 electric delivery vans. If retailers continue to move their fulfilment operations closer to the consumer, they’ll experience more and more public pressure to electrify their fleets.

We’re already seeing a strong up-tick in demand for electric commercial vehicles; in Europe alone, more than 20,000 were registered in 2019. With the public pressure exerted by local protesters, along with the financial penalties associated from low emission zones, the trend towards urban warehousing, which Amazon is largely responsible for, will be a huge driving force for the electrification of commercial vehicle fleets.