To achieve the global goal of combating climate change and the popularization of low-carbon lifestyles, the full electrification of transportation is inevitable. Other than full battery electric solutions, hydrogen fuel cell (FC) is another solution to decarbonize the transport sector.

Hydrogen fuel cell cars originate in Japan and South Korea, which still dominate the market for hydrogen vehicles today. China is capturing the advantage of hydrogen to decarbonize buses and trucks with about 85% market share of hydrogen commercial vehicle shipments in 2021. Meanwhile, Europe and the U.S consider hydrogen a promising tool for decarbonization and energy transition and have been adopting more and more hydrogen-fueled mobile applications in recent years. 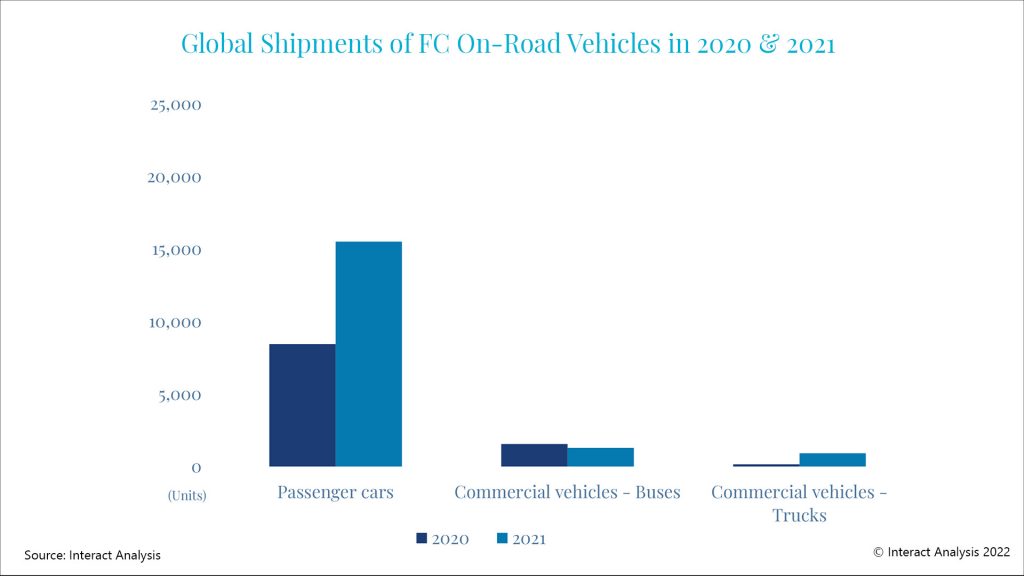 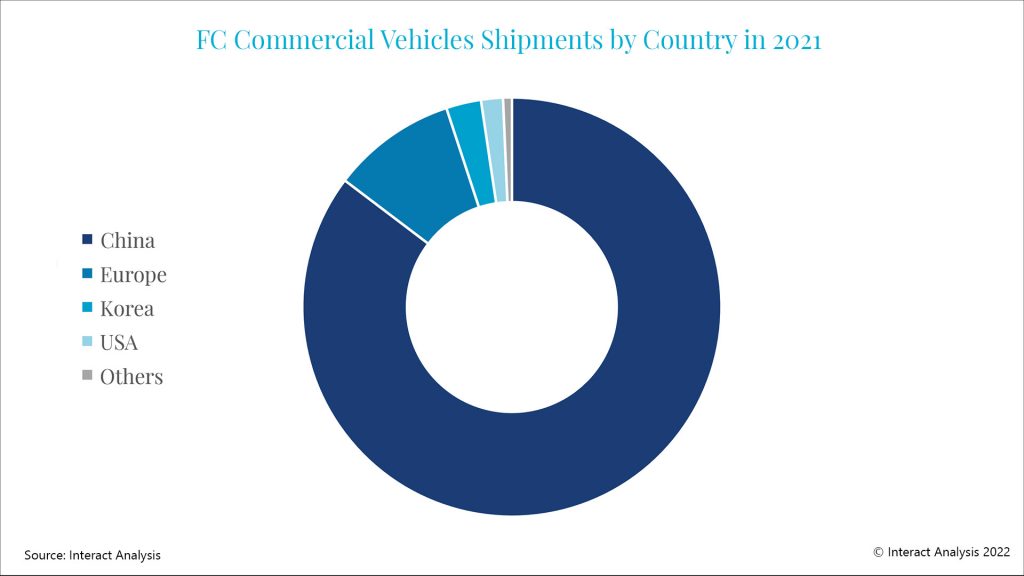 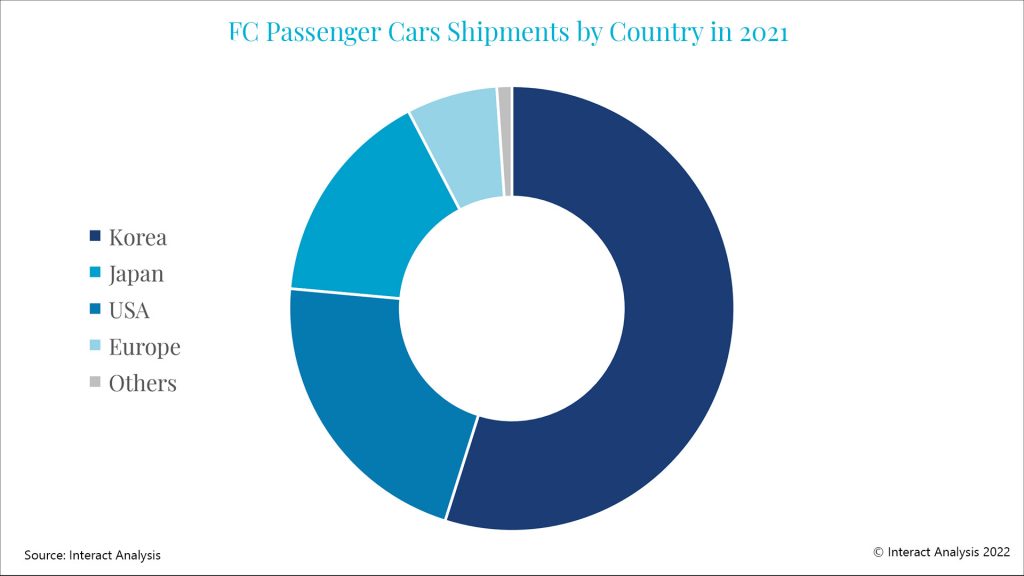 Japan and South Korea produce nearly all hydrogen passenger cars in the world.

The Toyota Mirai and Hyundai Nexo dominate the worldwide market for fuel cell cars. In Japan and South Korea, hydrogen is regarded as critical for decarbonization, energy diversification, and green growth, in addition to its role as a zero-emission automotive fuel. Both the Japanese and Korean governments have, in recent years, introduced national hydrogen strategic plans to position hydrogen in their energy systems and encourage domestic uptake. These plans cover the entire hydrogen economy value chain, from hydrogen supply to multiple end-use applications, seeking to accelerate the achievement of hydrogen societies. Given that Japan and South Korea were the first to commercialize fuel cell vehicles, the use of hydrogen in mobility has always been emphasized in various government papers. Both national governments have set a series of quantitative deployment targets based on different stages.

Japan was the first country to apply mature hydrogen fuel cell technology to on-road transportation. Toyota Mirai has been on the market since 2014. One year later, it opened in the US market, which became the biggest market for Mirai over the next couple of years. The deployment of hydrogen fuel cell on-road transport in Japan, however, is currently restricted in scale and facing market demand uncertainty. By the end of 2020, the domestic cumulative volume of fuel cell passenger cars was approximately 4,200 units, falling short of the national strategic targets for 2020. One reason for this is the postponement of the Tokyo Olympics to 2021, which was considered as a key platform for demonstrating and promoting fuel cell vehicles. As a result, we see that the annual shipments of fuel cell cars have more than doubled from 2020 to 2021, so this brings the total number of fuel cell cars to around 6700 by the end of 2021. 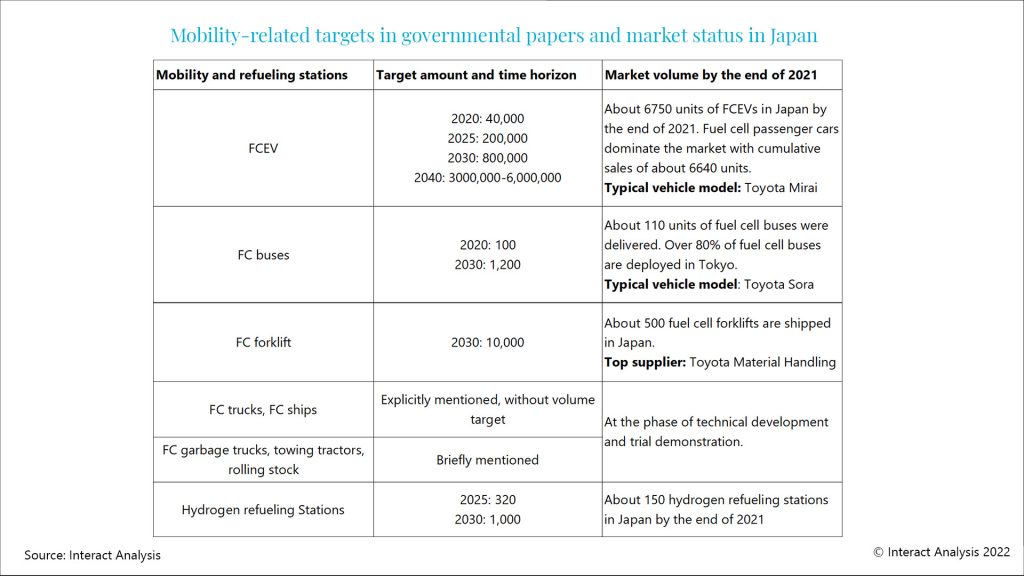 Japan has been embracing hydrogen commercial vehicles since 2017

Three years after the debut of Japan’s hydrogen car, the first batch of hydrogen commercial vehicles, fuel cell buses manufactured by Toyota, started to operate on the road in Japan, marking the beginning of hydrogen pivoting to commercial mobility in Japan. Over the next couple of years, the fuel cell bus market in Japan grew significantly: in 2020, the annual shipment of fuel cell buses rose by more than 200% to over 100 units, achieving and exceeding the deployment objectives set by the Japanese government. Based on Interact Analysis’ research, however, fewer than 10 buses hit the market in 2021, with a decline of 88%. Compared to passenger transport, Japan has yet to see fuel cell trucks enter commercial operation, although there are a few demonstrations cooperating with convenience stores to trial light duty fuel cell trucks.

The fact above suggests that, even in a country with leading hydrogen fuel cell technology, the adoption of fuel cell solution for road transport is still in its early stage and is exposed to high uncertainty. Whether the volume will expand and meet the targets in the short-to-medium term will be heavily dependent on the market roll-out strategy and the sustainability of governmental backup, as well as the hydrogen refilling station network. 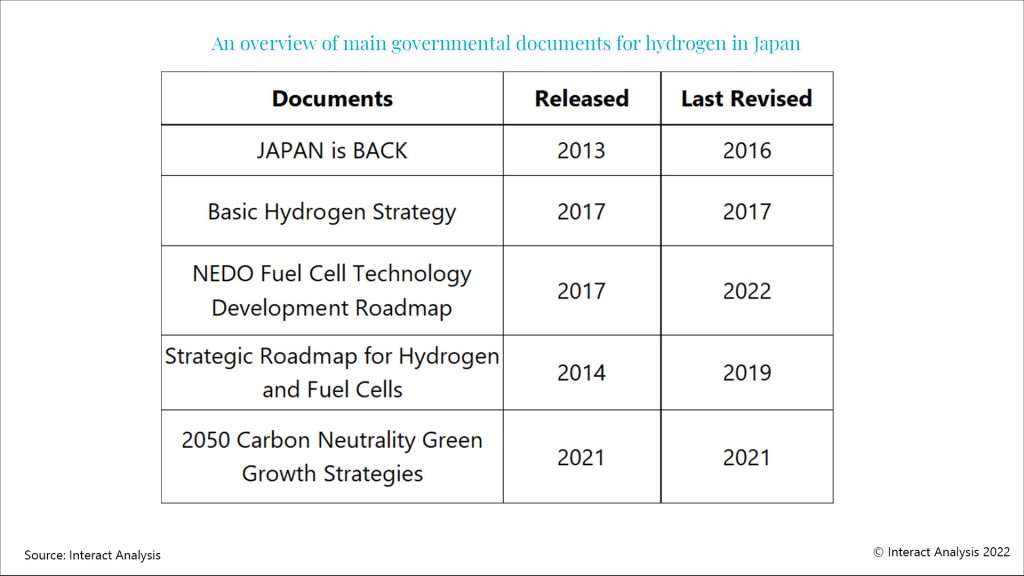 Part two of this insight, which takes a closer look at the market development in South Korea, can be read here.