It is well understood that the market for low voltage AC motor drives is heavily dependent on the performance of the manufacturing sector. However, comparing the growth of the motor drive market with the growth of the entire manufacturing sector does not provide the clearest understanding of the market’s dynamics. The Interact Analysis Manufacturing Industry Output Tracker provides us with data on both industrial production (the value of good produced) and machinery production (value of machines used to produce goods) dating back 12-years. It does this by aggregating the manufacturing surveys of major manufacturing economies under a common taxonomy in a data-set of over 1.2 million data points. Using these two sets of data in tandem with data we’ve sourced through interviews with motor drive suppliers, we are able to provide a far more sophisticated and nuanced view of the relationship between drive demand and manufacturing.

In order to model demand for drives for our forecast, we first had to get an understanding for the relationship between industry production and machinery production. To demonstrate this relationship, let’s look at one segment’s performance over the last 12-years:

Since drives are not typically considered a capital intensive good, the demand for drives does not see the same peaks and valleys that the machinery production curve sees. In times of high industry production, manufacturers do not rush to upgrade their drives in the same way that they would rush to upgrade or buy a new piece of machinery. This is because drives do not require the same up-front cost as large machinery, which in many cases can only be afforded in boom times. On the contrary, when times are tough, most manufacturers will still be able to afford to replace or retro-fit drives. The result is a drive demand curve which will only extend above the machinery production curve when industrial production is growing faster than machinery production.

The extent to which these rules are followed varies per region for reasons having to do with the size of machinery sector and the size of drive applications not included in the value of industrial production. Take first for example, our forecast for APAC: 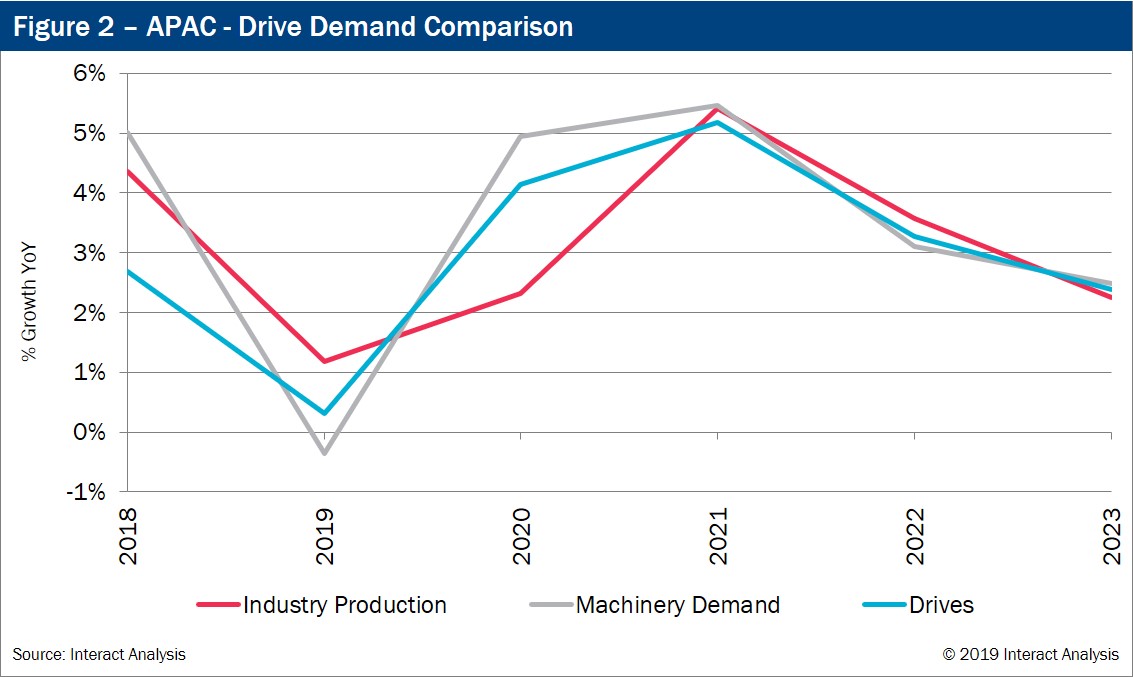 Now compare this with the Americas: 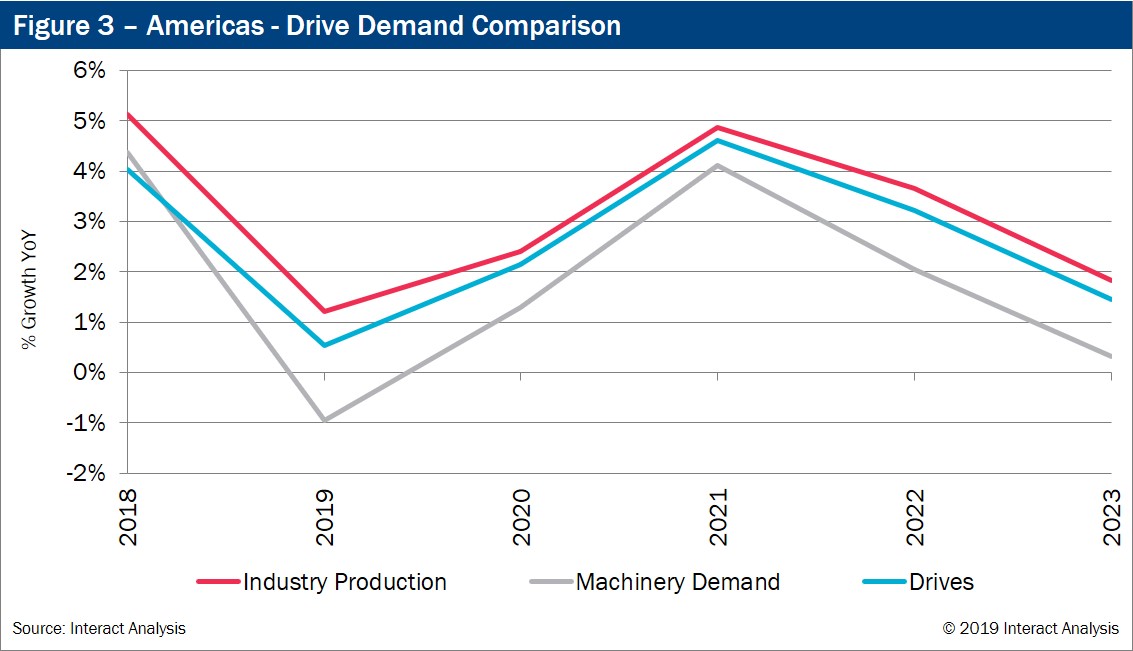 Looking at these curves gets at the fundamentals of the model used in our report covering the market for low voltage AC motor drives. With the depth of data provided by the Interact Analysis Manufacturing Industry Output Tracker, we can model down to the industry, country, and power level. This means users of our data will be able to view demand for drives at a level of detail that has been previously impossible. For example, with our data, users could view the anticipated demand for drives under 2.2kW in the Austrian Food & Beverage market. With 34 industry/machinery splits, 32 country splits, and 11 power splits, the number of ways which you could view the market is effectively endless. If you are interested in receiving this data or would like a briefing by the lead analyst, please contact info@interactanalysis.com.