We recently co-hosted a webinar with our economic forecasting partner, ITR Economics. If you missed the webinar, here is a brief summary of the key take-aways from the session and our outlook for key intelligent automation sectors in 2020.

To summarize, 2019 saw a significant deceleration in industrial output and we expect that the bottom of the cycle will be reached in early 2020. However, towards the second half of 2020 and into 2021 we expect a solid recovery and strong growth before we enter another natural business down-cycle towards the end of 2022.

The predicted effect of this is a decline in investment in manufacturing industries in 2020. Companies are holding off on some capital investments due to the global economic and political instability. Economies across the world are performing poorly, but especially in Europe and Latin America (Mexico & Brazil). Even China is performing poorly relative to its previous stellar showings.

We consider several key factors when building our global forecast for 2020 and beyond. Among these are several leading indicators, however we collect market sentiment from leading vendors and information provided by industry bodies such as CECIMO, SEMI and the VDMA. Global industrial production is currently significantly depressed and while the OECD+6 and G7 leading indicators indicate an uplift in late 2020, it is likely to be a tough few quarters to start the year.

The G7 indicator, the JP Morgan Global Manufacturing Indicator and the Wilshire 5000 Total Market index (Wilshire Market Cap), are all indicating a very slow start to the year in the US (See Figure 1) 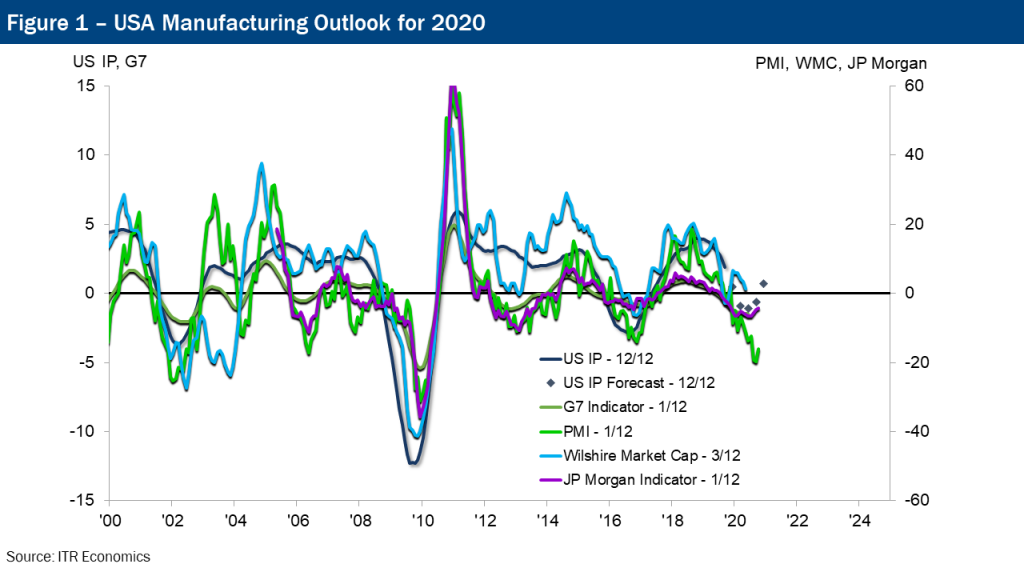 The US Industrial Production Index, which is composed of the manufacturing, utilities and heavy industry sectors (mining, oil & gas), has been declining since its most recent peak in October 2018. ITR predicts this negative gradient to continue, with a further deceleration into negative territory. It is likely that the US will experience a brief, mild industrial recession with an expectation that the industrial economy will begin growing again towards the end of 2020 before a bright 2021. More data and time are needed to confirm the extent and timing of the recovery that we can expect.

Another consideration we take while building out our 2020 forecast for the US is the level of CAPEX or business-to-business (B2B) investment over the last year. According to ITR, B2B spending is growing about 1.9% on a month-to-month basis compared to the previous year basis (12/12). However, this is significantly lower compared to the peak last year which was close to 8%. The quarterly capex growth peaks earlier and is more indicative of the direction that investment is trending as it is less interruptible by particularly strong months. With the quarter to previous year quarter (3/12) growth going negative at -0.4% it indicates the month to month will also probably go negative over the next 1 to 2 quarters.

The ITR European Production Index is showing a 12/12 growth rate of -0.6% and a 3/12 growth rate of -1.5%. Between the uncertainty of Brexit and Germany’s industrial recession the major economies in Europe are performing incredibly poorly relative to the last couple of years. There are a few bright spots such as the Baltic states, which appear to be doing relatively well in countries such as Latvia, Lithuania, Estonia due to the relative low cost of production in these countries. These are still comparatively tiny economies, so they are small bright spots amid the flood of poor performers.

According to ITR’s China Industrial Production Index, the 3/12 growth rate is 5% and the 12/12 growth rate is 5.7%. While relative to the rest of the world this is among the fastest growers, compared to its performance of previous years it is some way below expectation. Additionally, given that China produces about 45% of global production in the key manufacturing sectors, this poor performance is having a major downwards effect on the global economy. We expect a continued slowing however the leading indicators for China indicate that this negative period is turning the corner. A similar story is occurring in India and Japan.

Machinery production performance in the Americas is a mixed bag. In North America machinery production is growing but at a decreased rate and will likely enter a period of decline relatively soon, whereas South American countries such as Brazil and Chile are both positive and growing at a comfortable rate. European countries on the whole are facing declines in their machinery sectors or are growing at a significantly slower rate with a few bright spots which we have mentioned previously. China’s machinery production is actually down -3.1% YoY according to ITR but it is showing signs of recovery, South Korea is down as is Japan. Overall there does not appear to be much positive momentum in the machinery sector to start the year.

However, even though 2019 has been a relative slump year, manufacturing output has been growing. Our data shows the total MIO CAGR was 5% (in fixed currencies) from 2007 to 2018, with 11-year CAGR’s (07-18) for APAC at 7.5%, EMEA at 2.4% and Americas at 5.0%. Machinery only accounts for about 5% of total manufacturing industry output and given its relatively small size and the nature of the sector it experiences higher peaks and troughs than industrial production. Further, some industries such as semiconductor machinery production are highly cyclical. These are capital intensive industries which are ramped up and down based on position in market cycle. 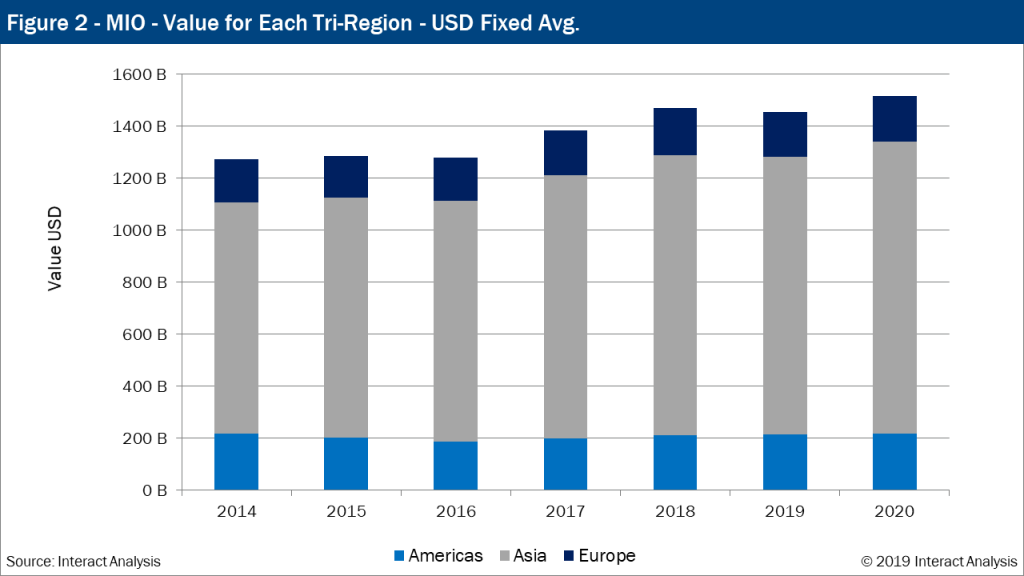 Our machinery outlook for 2020 is similar to that of the global economic performance. A poor start but a good second half of the year. Germany is a bellwether for machinery production performance, it was the first region to fall into negative growth and will likely be the first to recover to solid growth in the second half of next year; it is important to watch the German machinery sector closely. The US has so far been resilient to the global slow down however signs ahead are for a soft 2020 but still positive growth. Japan is also suffering a significant contraction and it is feeling the global market downturn more significantly than most regions.

China is the single largest machinery producing region in the world. Our data shows that growth of China’s 10 largest industries will have all slowed in 2019 compared to 2018 based on monthly indicators. The sharpest decline is predicted to come from the automotive industry; we predict that automotive production will continue to grow at a low rate for some time due in no small part to the slowing of domestic consumption. The Sino-US trade war is also not helping the Chinese economy, and is severely affecting the electrical and electronics equipment, semiconductor and textiles sectors.

To conclude, based on available monthly indices and prevailing market sentiment. We predict that the global slowdown will continue for the first few quarters of 2020, especially in Europe. However, the second half of 2020 should be far more positive with a strong growth year in 2021. 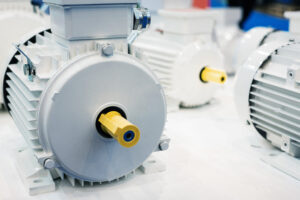 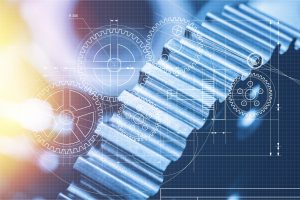