We are excited to announce the publication of our report covering the market for pharmacy automation equipment. The research covered medication dispensing machines as well as automated storage and retrieval machines used in retail, hospital, and central pharmacies across the globe.

Our initial justification for undergoing research in the pharmacy automation equipment market proved correct: the market is fast growing and has a lot of headroom. According to our research, sales of pharmacy automation equipment reached $1.7bn in 2019 and the market is growing at a CAGR of 10.2% globally (2019-2024). This growth rate is tamped down by the performance and expected performance of the market in 2020 and 2021; growth rates pick up substantially at the end of the forecast period. Additionally, a swell of acquisitions and partnerships has driven additional interest from automation solution providers, who are now taking serious consideration of the pharmaceutical supply chain as a vertical. As a result, we expect growth rates to rise even more over time as additional investment enters the market.

We have picked three graphs from our report which tell an important story about the development of this market in each of the three regions we covered: the Americas, APAC (Asia Pacific), and EMEA (Europe, the Middle East, and Africa). Below you will find an explanation for the story these graphs tell about the direction of the pharmacy automation equipment market: 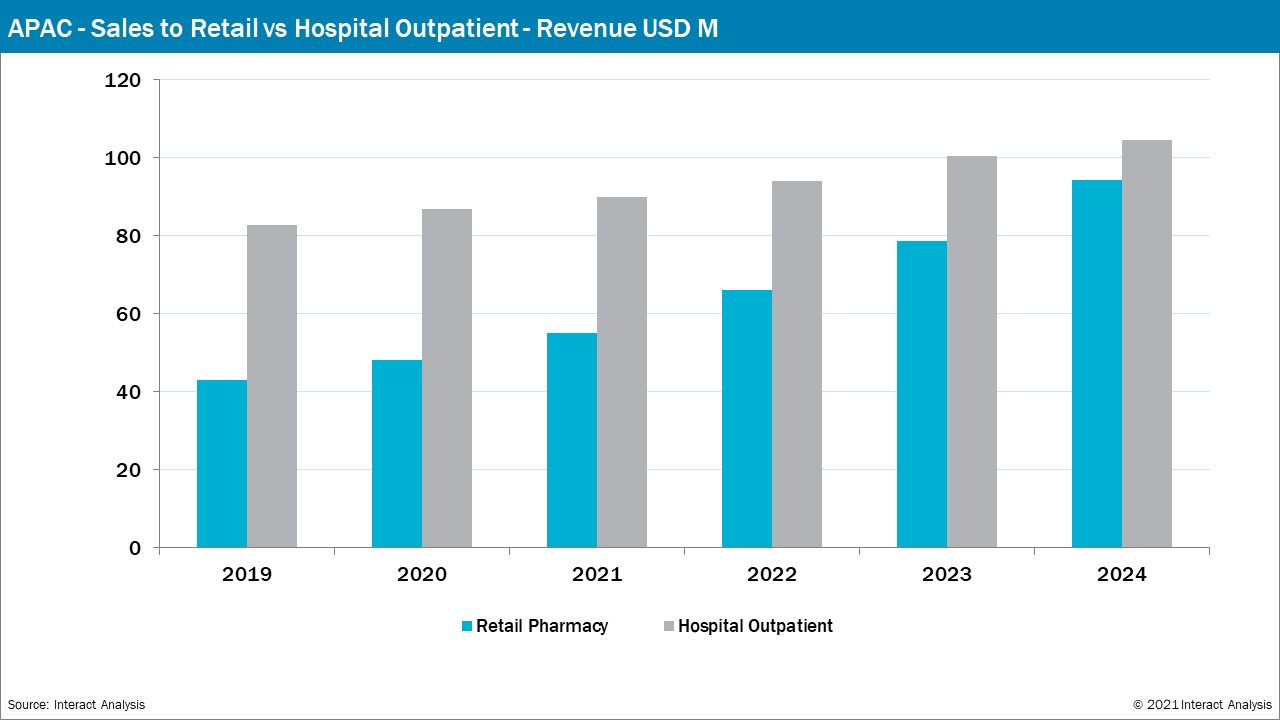 When you consider the userbase of pharmacy automation equipment, we are fundamentally dealing with pharmacies within hospitals, long term care facilities, retail stores, and central fill facilities. The mix of users is heavily varied from region to region for regulatory and cultural reasons. Within APAC, the number of hospitals utilizing automated dispensing has historically outweighed the retail userbase. This mix of users is driven largely by factors present in one country: China.

Firstly, China has more hospitals than any other country on the planet. The sheer volume of facilities alone has pushed the hospital userbase up relative to other regions. The real driver of the hospital userbase however stems from the way China has historically delivered medication to patients. Retail pharmacies make up a very small portion of the pharmaceutical sales channel when compared to the hospital channel. Historically, there has been a trust issue between the public and retail pharmacies in the country which has created an environment in which prescribing and dispensing are not separate processes. As a result, hospital outpatient pharmacies have become prominent users of automated dispensing machines as this is where most people acquire their medication.

Unfortunately, the lack of separation between prescribing and dispensing has caused a moral hazard in hospitals which China is looking to correct. Since drugs are dispensed in high volumes within hospitals in China, a hospital’s financial performance is significantly impacted by medication sales. Because many doctors in China are compensated based on their respective hospital’s financial performance, it is believed that there is an incentive for doctors to over-prescribe medication under the current system.

As a mechanism to address this, the Chinese government has enacted a policy aimed at separating prescribing and dispensing. The goal of this policy is to reduce pharmaceutical sales as a percentage of hospital revenues to below 30%; down from a previous requirement of 48%. It is expected that this policy will increase the presence of retail entities as sales channels for pharmaceuticals. As a result, sales of automated dispensing machinery to retail pharmacies in the country is expected to flourish, with the userbase winning share over hospital outpatient pharmacies. This development represents a ripe opportunity for automated dispensing machine suppliers to win business in a largely untapped userbase.

The central pharmacy is set to surge across Europe 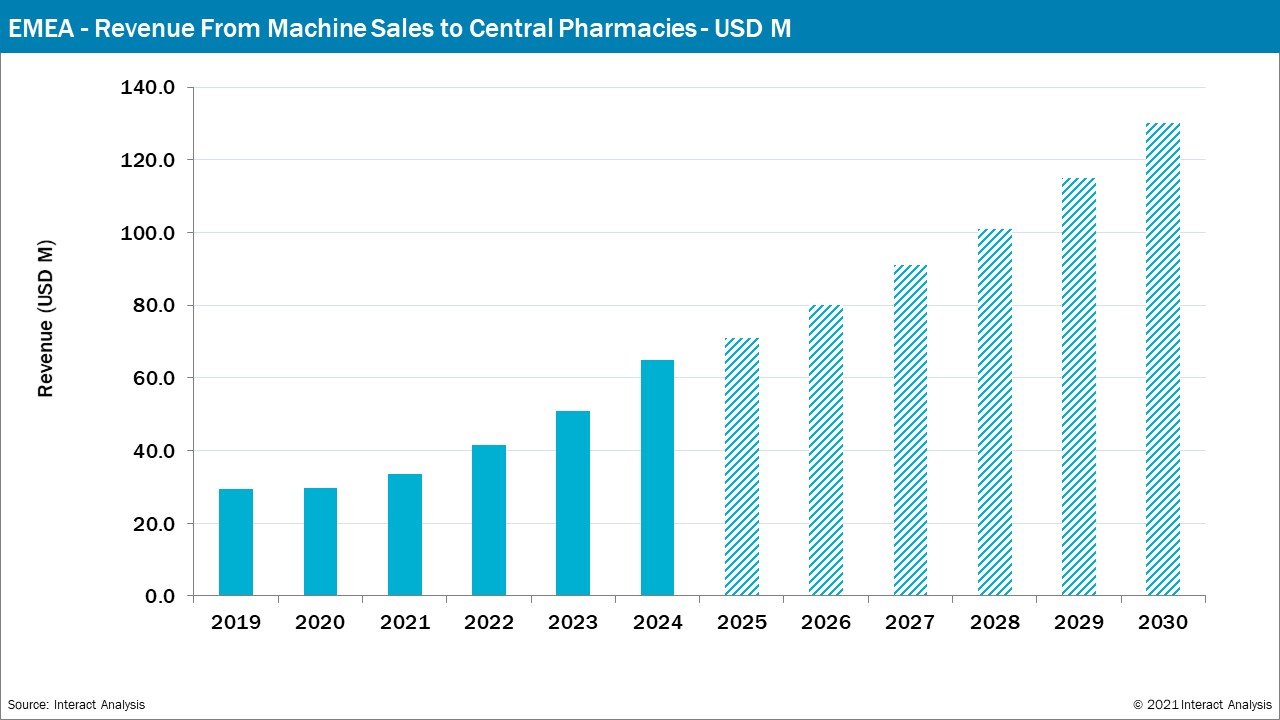 This topic was recently covered in depth in a dedicated insight on the topic. In brief: we expect central pharmacies to gain significant traction in Europe over the next decade. Legislation which enables the central fill model to flourish has recently been passed in the UK. This, coupled with several recently announced contracts, points to central fill operations as being an important sector for automated dispensing suppliers to focus on over the next decade.

Central fill has historically been used to describe a facility which serves the filling of prescriptions for multiple retail stores. Increasingly however, blended central pharmacies are beginning to become commonplace. We use the term blended central pharmacy to describe a central fill facility which serves both a B2B and a B2C purpose. These facilities have been looked upon as a solution for serving e-commerce/mail order operations in addition to retail stores. In March of this year, Knapp announced its implementation of a central facility for Central Apotheke Frankfurt in Germany. The facility will effectively serve as a fulfillment center for various hospital and retail entities while also serving single packs to individual customers. Knapp is well positioned to serve this mix of B2B and B2C due to its combination of high-volume automation solutions and individual pack dispensing technology which it acquired with the purchase of Apostore (2018).

Through our forecast (2019-2024) we project sales of automated dispensing machinery to central pharmacies in EMEA to rise from 29mn to 65mn. We’ve included an indication of growth beyond our forecast (the striped bar) but caveat this by saying this assessment was made using simple linear regression when in reality, the shape of this curve could be more exponential in nature given the small base from which it is growing. Given that, we expect this sector to be an area seeing a lot of activity over the next 5 years and beyond.

When automation adoption occurs amongst the US retail base, it will occur swiftly 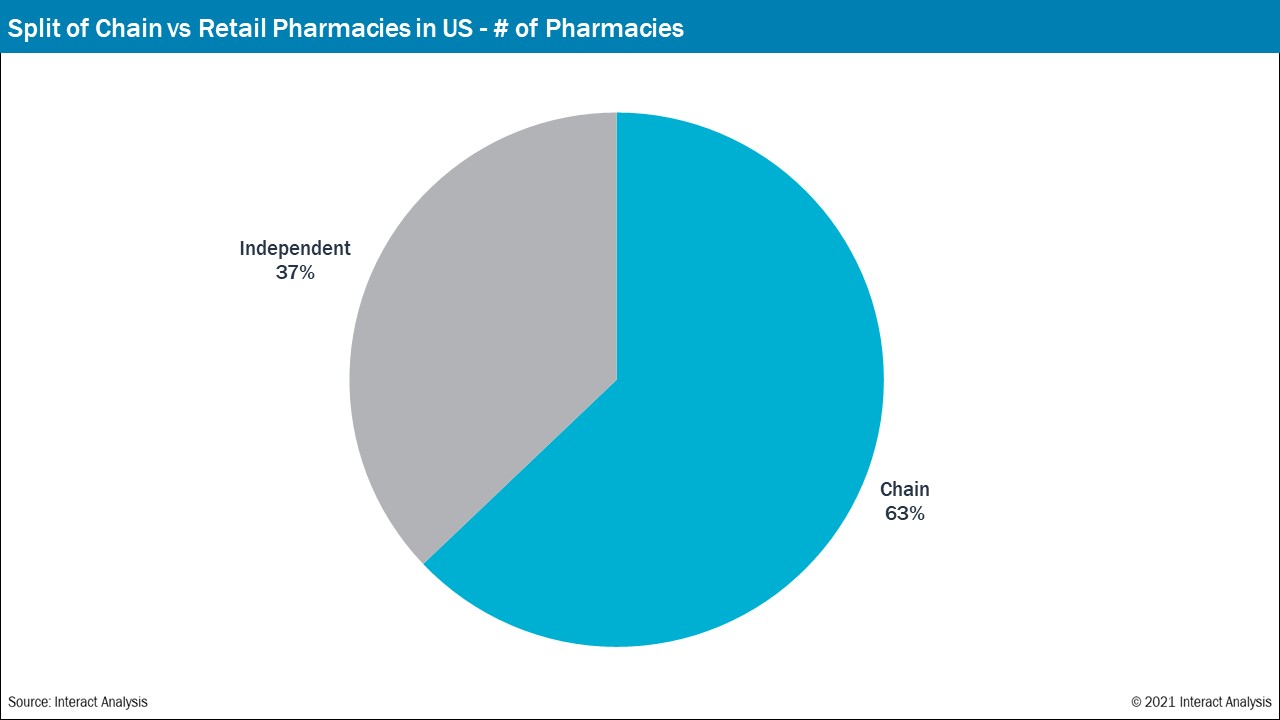 The US is far and away the most automated region in the world when it comes to medication dispensing. However, most of this automation occurs in hospitals as opposed to retail. The reason for this primarily stems from the relatively high cost of operating a hospital in the US when compared with the rest of the world. Automated dispensing machinery is looked at as a mechanism for cutting operational costs which has bolstered demand for the product amongst this userbase.

While the retail base does have automation present, it is still the exception rather than the norm. One aspect of the country’s retail userbase which is cited as a barrier to automation adoption is the high percentage of stores which are operated by chains. At this stage in the market’s lifecycle, it has been difficult to persuade large chain pharmacies to make sweeping changes to their operations by using automated dispensing machines. The opposite is the case in EMEA where retail stores are primarily independently owned. The adoption of automated dispensing machines in retail pharmacies in Europe is much higher than that of the US.

With this in mind, we are beginning to see hints of large retail chains moving towards automating parts of their operations. In January of 2021, the Walgreens Boots Alliance invested in iA, a pharmacy automation solutions provider. Almost parallel to this announcement, iA entered an exclusive reselling agreement with BD Rowa, one of the largest suppliers of automated dispensing machines globally. Walgreens is the second largest retail chain in the US and any movement to automate its facilities will spur its competition to do the same. It is for this reason that we believe that when the US begins to see increased adoption by chain pharmacies, the region will see a spike in demand for automated dispensing machines as retail stores nationwide begin installing these systems en masse.

These are just a few trends to be aware of if you are looking into this market. Our report on pharmacy automation is available for purchase now and explores these trends and many others in great detail. If you are interested in discussing this market in depth, please contact the analyst responsible for the research: blake.griffin@interactanalysis.com. 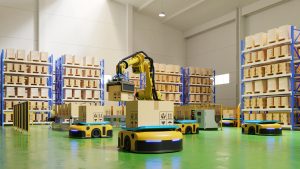 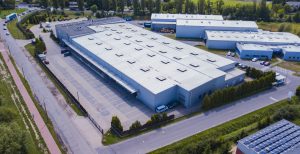 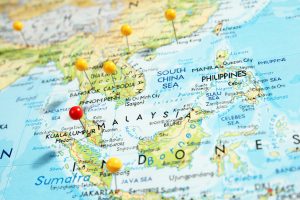 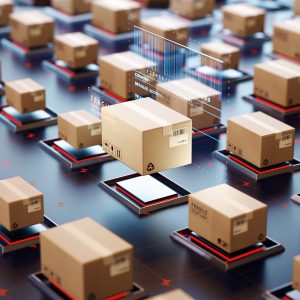 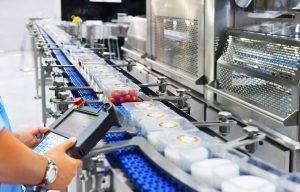 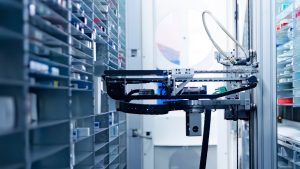