To make up for the absence of trade shows during the last 18 months, we’ve conducted a comprehensive analysis of new product launches from warehouse automation system integrators during the pandemic period. The stand-out finding was that robotics and software products account for the majority of product launches (see figure below). In 2021, robotics and software products constituted 51% of all new product launches. And, since this figure excludes piece picking and mobile robot manufacturers themselves, it probably significantly understates the percentage of overall new warehouse automation products that were in the robotics category. 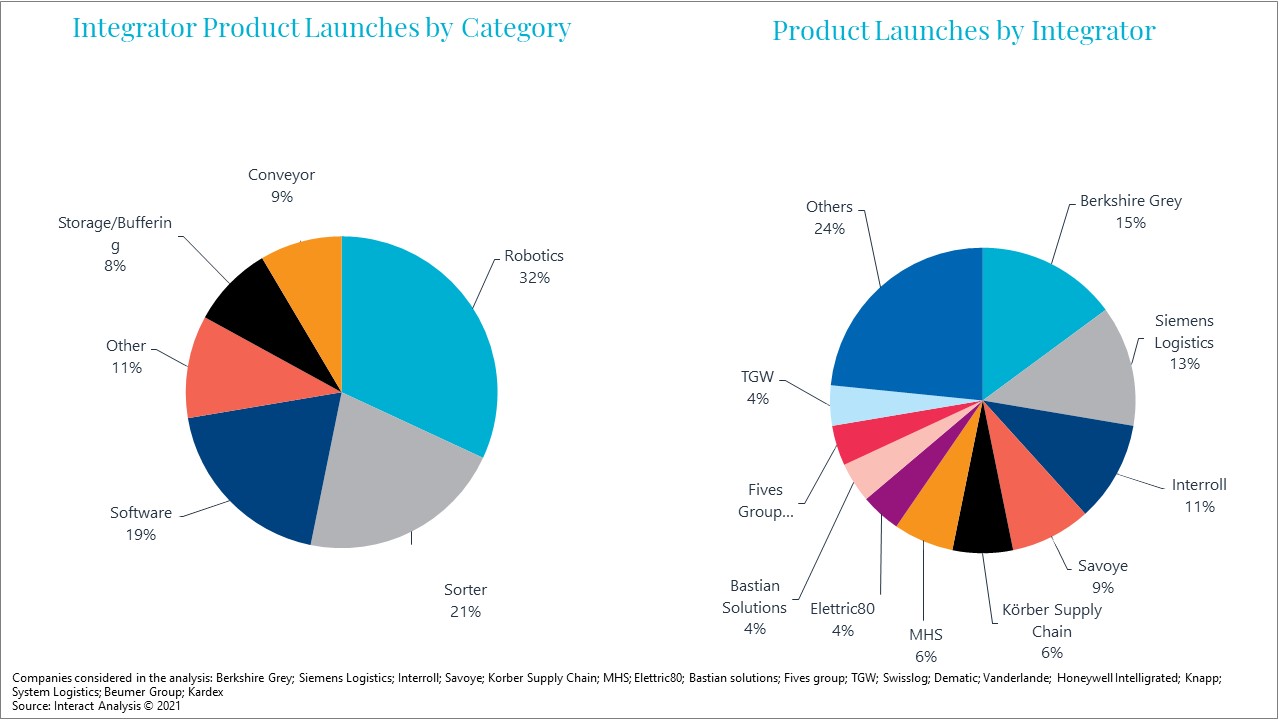 The Robots Are Coming

Robotics alone was 32% of warehouse automation new product launches from integrators in 2021. Warehouse automation robotics can be split into two main categories. Piece picking robots, used to manipulate items (often with the aim of moving the item from one position to another), and mobile robots which are primarily used to transport goods around the warehouse.

Piece picking robot revenues are forecast to hit $1.3 billion in 2025. This will amount to a CAGR of 90% since 2020 when revenues were a mere $50 million. Until recently, machine vision and gripping technologies were not advanced enough, leading to a high degree of error. Recent technological advances, however, have enabled early adopters to introduce piece picking robots into their warehouses, especially within e-commerce facilities where picking accounts for more than 50% of the labor spend. In the US, growth will be driven by Amazon’s search for efficiencies, while in APAC it will come from the desire of large e-commerce companies such as Alibaba to achieve ‘lights-out’ automation. Demand from Europe, while still strong, is more muted due to stringent labor regulations. However, the European grocery segment is driving demand with several large online grocers soon to be adopting piece picking robots at scale.

As an up-and-coming technology in warehouse automation, piece picking robots are attracting huge investment, primarily from venture capital. Since 2018, more than $800m of venture capital funding has entered this market, along with more than $400m of funds as part of Berkshire Grey’s SPAC IPO. 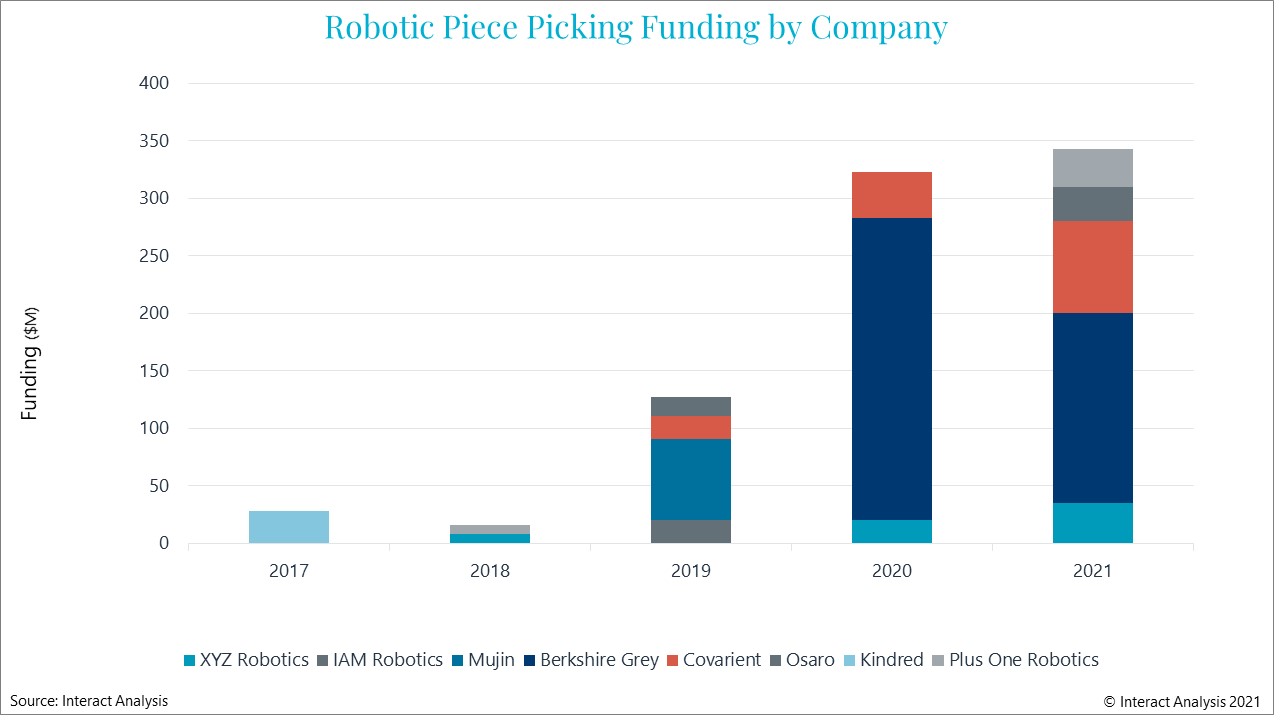 Mobile robots used within warehouses, the second major warehouse robot market segment, are expected to account for more than 30% of overall warehouse automation equipment sales by 2030 (up from 7% in 2020). This is partly because of a combination of low costs and the carving out of new market niches which would have otherwise not invested in automation, such as SMEs which often favor the Robotics-as-a-Service model.

Increasingly, the warehouse automation market is becoming driven by software, with many traditional system integrators moving in the direction of becoming supply chain software providers who also sell automation. In 2021, software solutions accounted for 19% of new product launches from integrators. And, increasingly, these companies are looking outside the four walls of the warehouse. For example, Dematic’s acquisition of DAI has given it supply chain execution and in-store picking capabilities, while Knapp now boasts a suite of software solutions designed to improve the efficiencies of its customers’ supply chains through increased supply chain visibility and network planning.

Meanwhile, some warehouse automation end-users are becoming concerned by the advanced software offerings from integrators on the basis that it locks them in to a single hardware vendor if they plan to expand the software solution to other sites. One solution to this problem is for integrators to become more hardware agnostic, shifting the focus towards the integration and software rather than the hardware itself. We’re starting to see this already with companies like Korber Supply Chain which are able to integrate a myriad of different mobile robot solutions, and TGW which recently sold off its US conveyor business in order to focus more on its integration services.

Regardless of which direction the software market ultimately takes, there’s no doubt that automation software revenue growth will be impressive. Our research shows that warehouse automation integrators will see a CAGR of 16% in their sales of software solutions between 2020 and 2025.

To learn more about the outlook for warehouse automation, get in touch with Rueben Scriven today: Rueben.Scriven@InteractAnalysis.com