The war that Russia has waged on Ukraine has rocked global commodity markets. While oil & gas supply disruption and the resulting increase in price continue to dominate headlines, there are a number of other key materials exported by Russia and Ukraine which have been equally disrupted. The disruption of many of these materials will have both direct and indirect impacts on costs associated with producing a motor or drive.

After the extremely turbulent price levels experienced around the world in 2021, further supply disruption off the back of conflict was the last thing the global economy needed. Unpacking the impact this will have on the most crucial areas of the motor & drive supply chain can help suppliers prepare their businesses for what is to come and manage the expectations of their customers as the situation continues to unfold.

Aluminium and copper wire supply will be directly disrupted

The impact on the supply of key materials is two-fold. First, the economic sanctions placed on Russia will impact its ability to sell various products to its historically largest customers. Second, the physical devastation experienced in Ukraine will impact its ability to produce and ship its key exports. As it pertains the production of motor and drives, the most direct impact stems from the disruption of aluminium and copper supply chains.

Russia is responsible for approximately 6% of the global aluminium supply according to CNBC. After significant COVID-19 related supply disruptions which resulted in a steady rise in price over 2021, it appeared that supply and demand were beginning to normalize in the last months of the year. In late 2021, the world bank had forecast a price increase of ~5% during 2022 for aluminium. Now that a war has broken out, Interact Analysis expects that price forecast to be on the conservative side. As shown below, the impact is already being felt with aluminium prices climbing to record highs in February this year. 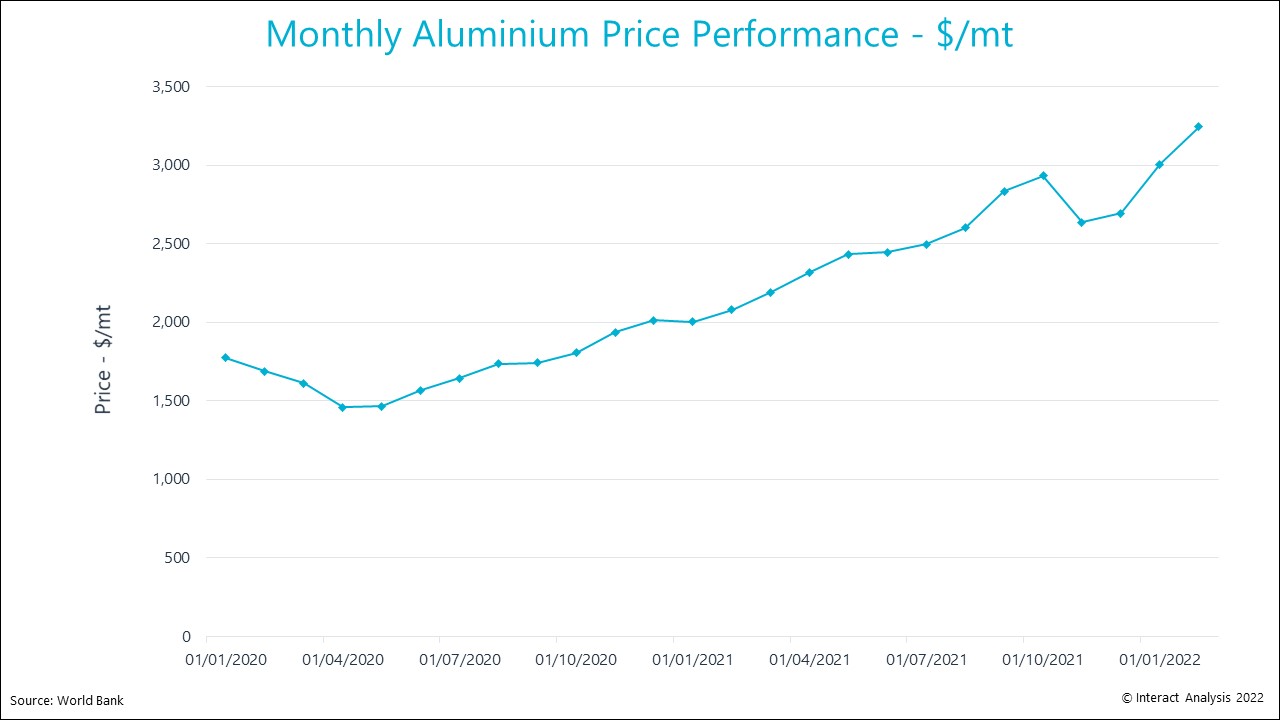 We expect this price to climb even further as transportation costs continue to rise amidst the disruption of the oil supply.

The story for copper is not much different. While Russia is not as significant of a player in the raw copper market as it is in the aluminium trade, the country still produces nearly 5% of the worlds supply. While the price has not yet reached record highs, it likely will next month: 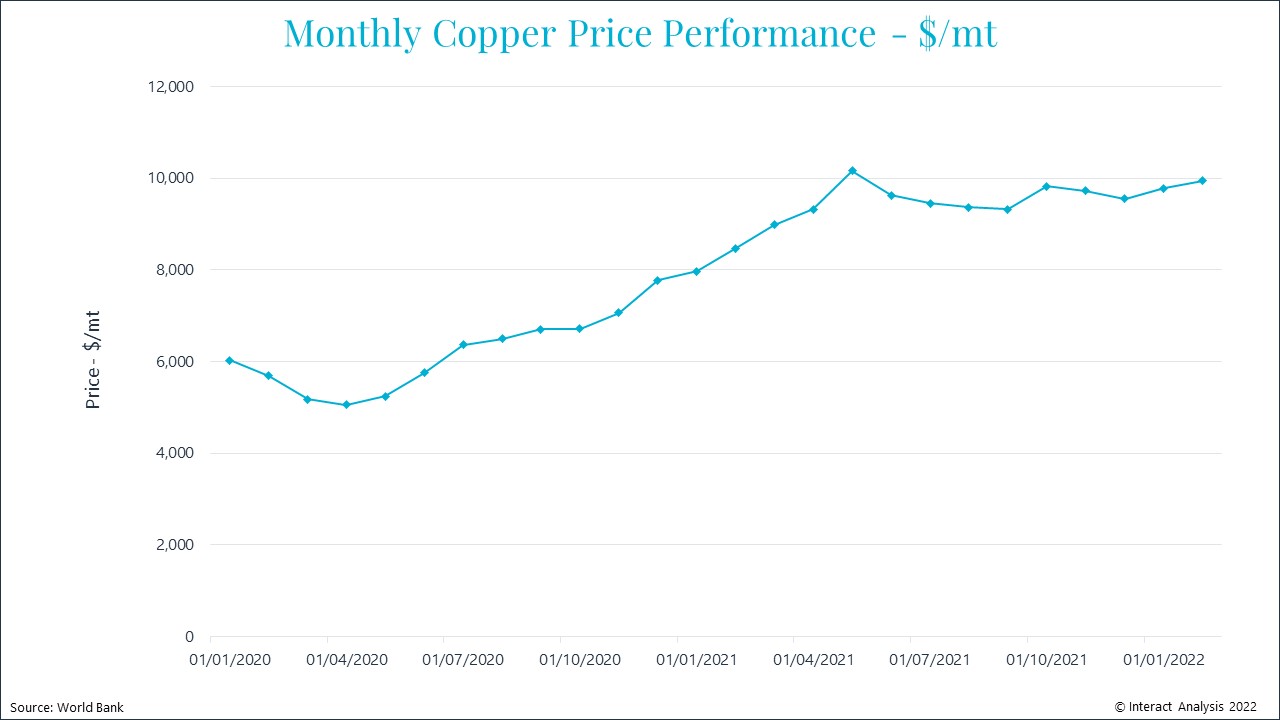 If you were to look at the bill of materials for an induction motor (including wages), copper and aluminium make up approximately 16% of the cost. The supply disruption these two commodities have seen due to war will be felt throughout 2022 in the form of a higher bill of materials. The motor market had already experienced significant price increases during 2021 as a result of increasing raw material costs. It would appear that price increases are likely to continue into 2022.

Yes, neon like in the beer signs. When one thinks of commodities impacting the drives market, Neon is not the first thing that comes to mind. However, the noble gas will likely play a significant role in the production of drives during 2022, albeit indirectly.

According to an article by Reuters, two companies based out of Ukraine account for about half of the worlds neon supply. Both companies, Ingas and Cryoin, have shuttered operations amidst the Russian invasion. Resultingly, semiconductor suppliers, which are already facing a demand/supply imbalance, are now likely going to face additional production challenges stemming from a significant neon shortage.

Semiconductor suppliers (before the war) had pointed to Q4 2022 into Q1 of 2023 as the timeline for when the shortage of semiconductors would begin to resolve. Fortunately, many of these same suppliers have since reported stocking up neon supply ahead of the war. However, if the conflict does not resolve in a timely manner, these stockpiles could run out. Should this occur, the semiconductor supply could once again fall into disarray and drive suppliers would face sourcing problems similar to the ones at start of the semiconductor shortage in early 2021.

As this war unfolds, we will continue to cover its impact on the markets we cover. Aluminium, copper, and neon are just three areas where this war will impact the production of motors & drives. There are undoubtedly impacts we have not touched on here including increased freight costs on the back of higher diesel prices, steel supply disruption, and the impact on end markets such as mining and oil & gas which are extremely large sectors within Russia and Ukraine. The impacts of this war are far reaching and we have only just begun to bear the consequences of Putin’s ill-intended actions.

To continue this conversation, get in touch with Blake directly:Blake.Griffin@InteractAnalysis.com 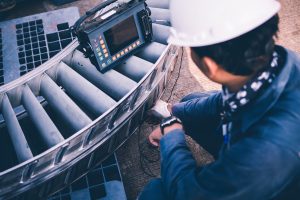 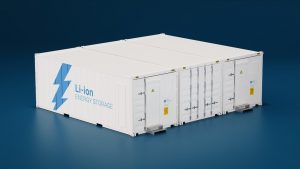 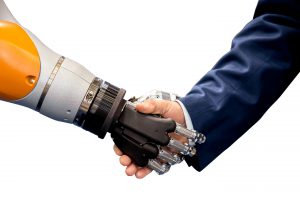 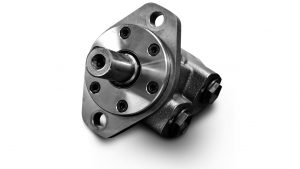 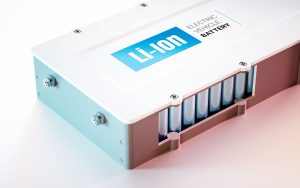 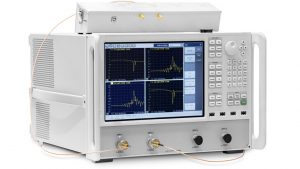