Skycatch and DJI to Supply 1,000 Custom Drones to Komatsu

Commercial drone data company Skycatch, and DJI, the world’s largest commercial drone manufacturer, have extended an existing partnership to manufacture and deliver a fleet of up to 1,000 drones for Komatsu Smart Construction. Each drone is manufactured by DJI and combined with Skycatch’s RTK base station and is the first time DJI has manufactured a custom drone for a partner.

The Skycatch Explore1 drone – which is a customized Matrice 100 quadcopter – will autonomously fly over Komatsu’s construction sites to create 3D site maps. This map data will be used for Komatsu Smart Construction’s new data service that enables robotic earth moving equipment, used in the earthwork stage of the construction process, to correctly dig, bulldoze, and grade land autonomously according to digital construction plans.

The order of 1,000 commercial UAVs by a single customer is the largest publicly announced order and almost certainly the largest ever order in this industry. What is not clear however, is over how many years the order will be fulfilled. Komatsu – which expects to generate revenues of Yen 2,328 bn ($US 22bn) and is the world’s second largest construction equipment company – has been particularly active in the use of innovative technology in construction and mining.  As highlighted by Komatsu, Japan’s construction industry is facing a serious labor shortage in future, mainly resulting from aging and decreasing skilled workers. Of the 3.4 million skilled workers (as of 2014), it is estimated that about 1.1 million skilled workers, or one-third, will most likely leave the industry in the next decade. Komatsu claims that construction surveying manually can lead to errors of up 30% in terms of soil volume and the use of drones can dramatically reduce this and at the same time massively speed up the time taken to survey. 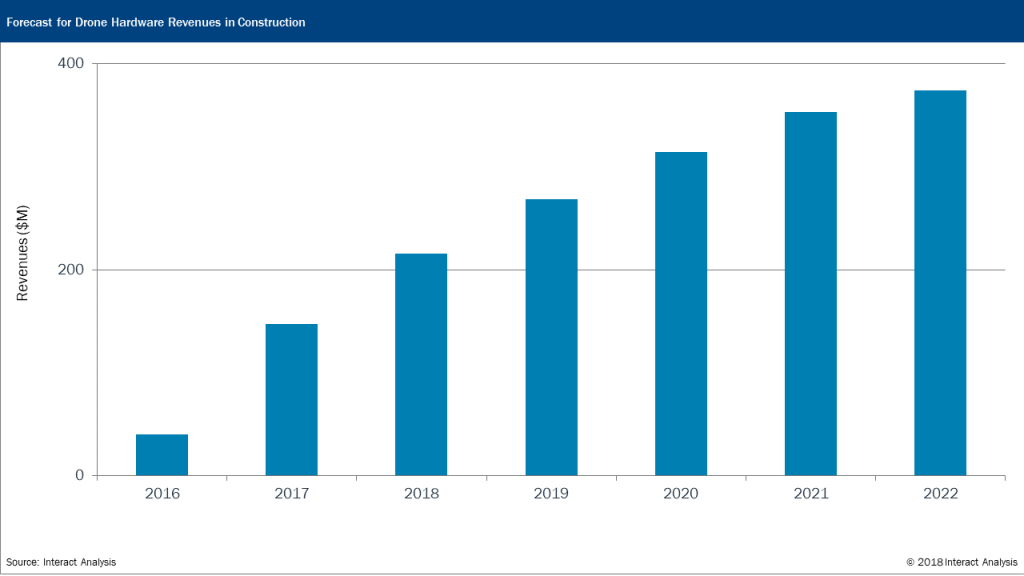 Drones are just one part of the automated construction site

Perhaps most interesting about this order, is that not only will the drones be flying and mapping autonomously, but the excavators which will utilize the subsequent maps will also operate autonomously. Given the increasing shortage of skilled labor for construction, the need to automate is clear. The robotic construction vehicles are understood to still be under development and not yet commercially available. Komatsu has been working with Skycatch on the development of its “Smart Construction” solution since at least 2015 and is in fact one of the latter’s key investors. This partnership has also led to change in business model for Komatsu, and rather than selling construction hardware, it aims to become a service provider and instead lease the equipment and services.

Komatsu’s innovative approach to this problem is also likely to be replicated by others in the industry. John Deere, for example, entered into a partnership with Kespry in March 2017 to use the company’s drone platform for surveying construction sites. Similarly, the venture arm of construction and mining equipment giant Caterpillar, invested in drone software provider Airware early last year. Caterpillar is working with Airware to provide drone services to its construction customers.