The preliminary data release of our new warehouse automation report reveals some encouraging news for the sector after a difficult 18 months. In brief, our growth predictions in the short term are less pessimistic. Our previous report predicted a -2% decline in warehouse automation revenues over 2020, but that in fact turned into 6% growth, thanks to higher than anticipated revenues in the general merchandise, food & beverage, and parcel delivery sectors. On top of that, prospects for growth over the longer term are looking healthier than previously forecast, resulting in a market size of just over $60bn in 2024, 13% higher than our previous forecast. Our new data arises from some deep-dive research in key regions, and a widening of the terms of reference, as explained later in this insight. 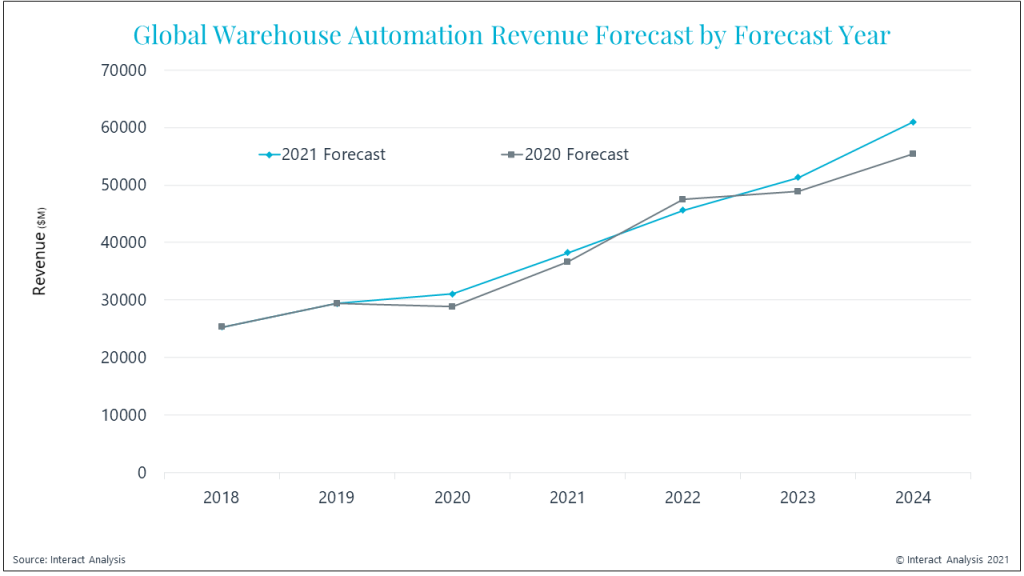 2020 saw a decline in warehouse automation revenues from the durable and non-durable manufacturing sectors, notably in APAC. This was due to a number of reasons including a slowdown in global manufacturing, a hesitancy to invest in capital equipment during the pandemic and factory shutdowns which postponed project completion dates. The apparel sector also posted negative growth in warehouse automation revenues, due to the slowdown in apparel retail. But the pandemic had the converse effect of boosting economic activity in some sectors as people stayed safe and online shopping boomed. As a result, the parcel and general merchandise sectors contributed the most to revenue growth in 2020. Investments by Amazon in the US and Europe were the main drivers behind 9% growth in the General Merchandise sector in 2020, whilst the parcel sector saw automation investment rise by 11%. There were several factors behind that 11% increase, the main ones being the continued expansion of Chinese express delivery networks, leading to a 20% increase in automation investment in China alone; the equipping of Amazon’s 1,000 delivery hubs across the US; and a major increase in EMEA parcel warehouse automation revenues driven by very strong revenue growth from a single European systems integrator. 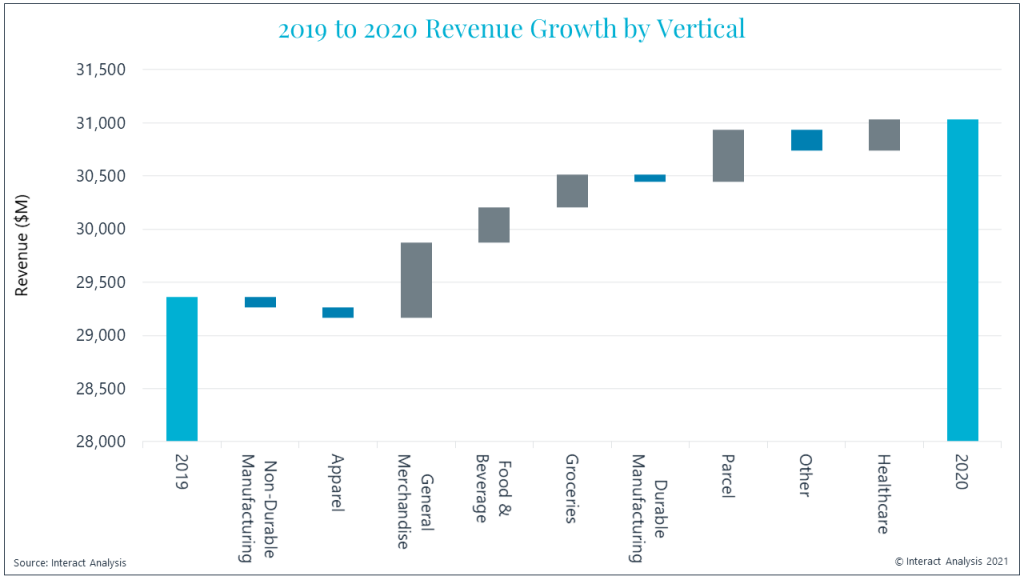 Dematic and Honeywell lead the market

As would be expected, the companies with the most exposure to e-commerce and parcel posted the highest growth in 2020. Companies with high exposure to durable and non-durable manufacturing tended to perform less well. 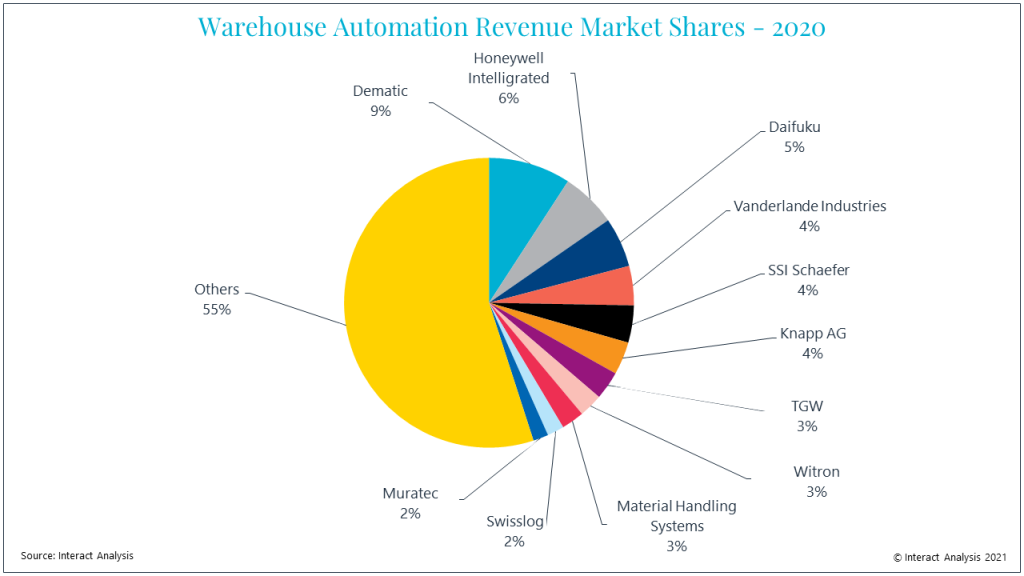 What pushed us to produce this update?

Live data is an organic thing. It’s always changing, and there’s always more to be mined. Over the past 12 months our on-the-ground researchers have conducted new deep-dive analyses in various APAC regions including Southeast Asia, India, South Korea, and Japan. We’ve done the same in various EMEA regions, including Spain, the Nordics, and several East European countries. As a result, our market estimates and forecasts have become a lot more refined. We have also incorporated the full set of data from our mobile robots report, as we find most of our customers involved in warehouse automation purchase both reports – reflecting the increasing presence of mobile robots on the warehouse floor.

To continue the conversation about warehouse automation, get in touch with Rueben Scriven, Senior Analyst on rueben.scriven@interactanalysis.com.